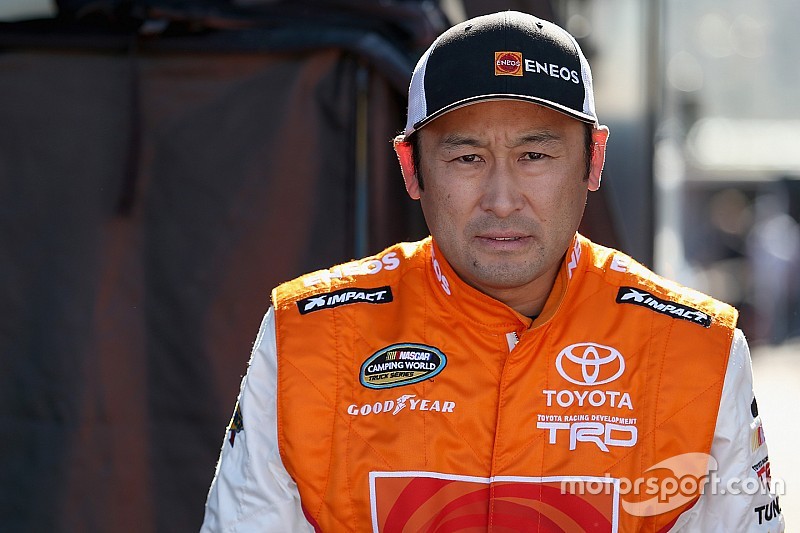 Japanese driver Akinori Ogata will make his debut in the NASCAR Xfinity Series next week at Phoenix.

Ogata, 45, will drive the No. 66 Toyota for the Motorsports Business Management (MBM) team in the Nov. 10 race at ISM Raceway near Phoenix.

The native of Kanagawa, Japan, has made seven career starts in the Camping World Truck Series, including a prior start at Phoenix in 2014 with Win-Tron Racing.

Ogata has a prior relationship with MBM team principal Carl Long. In 2013, Long was instrumental in Ogata’s progression in Late Model competition at Myrtle Beach (S.C.) Speedway.

“I’m very thankful to take this next stage of my career and compete in the NASCAR Xfinity Series next weekend at Phoenix,” said Ogata. “I have worked very hard for this opportunity and plan to maximize this chance.

“I’ve run one NASCAR national series race (Trucks) this year at the beginning of the season at Atlanta Motor Speedway and while I qualified well, I didn’t have the finish I was hoping for. I’m hoping that my prior experience at Phoenix will help with my transition to an Xfinity Series car.

“Our goals are modest, and I believe if I’m able to take the green flag and see the checkered flag, we would have accomplished our goals.”

Ogata began his racing career in Japanese Motocross at age 14. After a decade of riding that included around 30 feature victories, he shifted to Dirt Midget Car racing, becoming a winning driver at Twin Ring Motegi.

Ogata's assimilation to American racing began in 2003, driving Late Model Stock Cars at Hickory (N.C.) Motor Speedway. He continued in Late Models after moving to the United States in 2010 and later graduated to the NASCAR K&N Pro Series East, where he competed in 12 races over three years, scoring five top-20 finishes.

His best finish in seven Truck races was 18th at New Hampshire in 2015 driving for MB Motorsports.

Chevrolet makes updates to Xfinity and Truck models for 2019