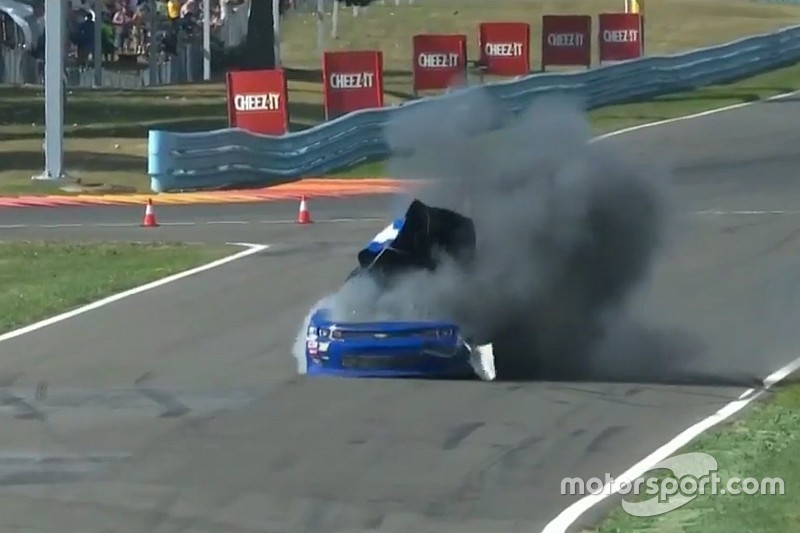 A bizarre situation unfolded late in the going during the NASCAR Xfinity Series race at Watkins Glen, when Derrike Cope's car exploded without warning.

With 23 of 82 laps remaining, Derrike Cope slowed on the track and was coasting through the bus stop when it appeared something exploded under the hood of his No. 70 Chevrolet. He was not injured.

A NASCAR spokesman confirmed the sanctioning body impounded the car and would examine it, returning back to the team later on the same day. Apparently, a brake caliper started grinding on the wheel and the excessive heat was enough to cause the explosion in the right front. The explosion blew towards the left side of the car and then upward, causing significant damage to the nose clip and hood.

"In my 35 years of racing, I've never experienced anything like that," said Cope after being evaluated and released from the infield care center. "It blew up in my face.