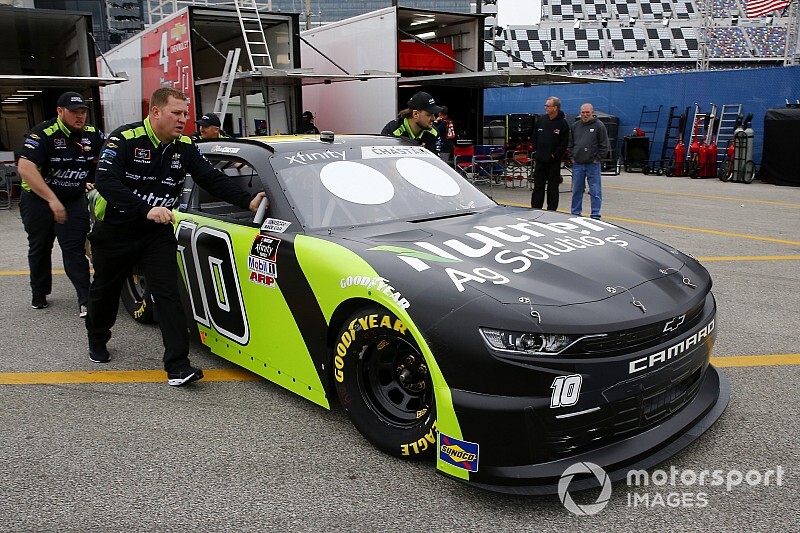 Mechanical gremlins for both the No. 10 and No. 16 Kaulig Racing Chevrolets left A.J. Allmendinger and Ross Chastain in a perilous position during Saturday's qualifying session.

Unable to put down a competitive time, both drivers failed to make the race. With Chastain running for the Xfinity title, Kaulig Racing was able to strike a deal with Ryan Sieg Racing to swap out Jeff Green for Chastain ahead of the race. The No. 38 car is also being re-wrapped.

"Ross Chastain didn't make the race, they had some issues in qualifying. So we were able to work a deal with them, they worked a deal with us and for Sieg Racing that is probably the best step forward," Green told Fox Sports 1. "We had a pretty fast race car, I always look forward to these races. My role in this sport is a little bit different this year. I'll be doing a lot of crew chiefing on the No. 93 car so I'll reverse over to that today, do that and have a fun day over there."

For Chastain, who won the Daytona Xfinity Series race last July, he was thankful just to be able to participate.

"Thank you to the Sieg family," he told FS1. "That's very, very generous of Jeff and everybody ... still a Chevy, still an ECR motor.

"This was not even a thing -- a mean we talked about it (the possibility of missing the race). We were in the mid-20s in owner points so we thought that would be good ... Now I wish we had gotten our points back in January, but everybody at Nutrien AG Solutions has been great here and their understanding of what's going on. So thank you again with the Siegs and we can probably still go out there and run good. That's the crazy thing about this speedway racing. We'll probably ride around, keep the car clean until the end and if there's a small group left hopefully, then we'll go race there at the end probably."

Chastain is coming off a season where he placed second in the 2019 Truck Series championship, winning four races. He finished eighth in Friday night's Truck race at Daytona and will also be competing in Sunday's Daytona 500, starting 20th.