Justin Haley looks forward to having Elliott Sadler as a teammate 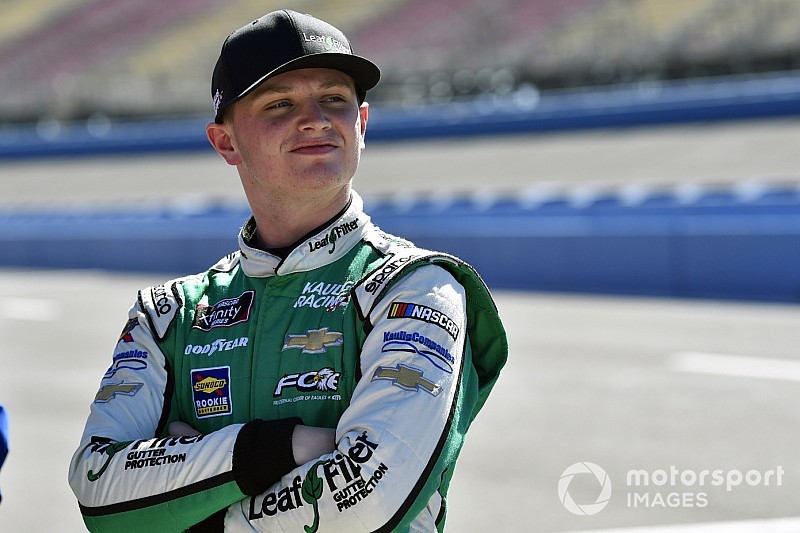 Justin Haley rides momentum with Kaulig Racing into Richmond Raceway with a new veteran on board as his teammate for the weekend.

The solid start is just what Haley feels was expected of him after moving to Kaulig Racing during the offseason.

“(Moving up) it’s a lot harder in the Xfinity Series,” said Haley. “I didn’t think it would be that big of a jump but it was. It’s taken a while to get settled in working with new crew chief and team.”

Kaulig Racing replaced Ryan Truex in the offseason with Haley, who competed last year in the Gander Outdoors Truck Series with GMS Racing before making the switch.

Haley feels the team made the change expecting better results and while he hasn’t scored a top-five or a win yet, he feels they are moving in the right direction.

“We’ve had a record year for them so far and I’m glad I can deliver results for them which is why I was brought in,” said Haley. “With a 7th at (Bristol) I think we’ve topped almost every finish that they had at this time last year so I feel everyone at Kaulig Racing is improving right now.”

Although the team is a bit off in some areas, there is constant improvement.

“Two 7th finishes in a row is amazing for our little team. We just keep improving and making minor adjustments week in and week out and we’ll be right there (battling for wins).”

“Having Elliott help us out in the No. 10 car will be a major help for us,” said Haley. “It’s cool having him here on one end because he can help us improve but its bad on the other end as he’ll probably kick by ass (laughing).”

Sadler currently has 13 Xfinity Series wins and three Cup wins to his credit, and is looking forward to going for one more at his home track.

“Being able to come back one last time to Richmond Raceway, my hometrack, with Kaulig Racing and Nutrien Ag Solutions is extremely special,” Sadler said. “To have grown up racing here, watching as a kid in the stands, to now having one of my last NASCAR-career starts here is something that I’ll never forget.

“I’m grateful for this opportunity, and to have one last shot at winning in my home state. I look forward to getting started with this team and having a good time all race weekend long.”