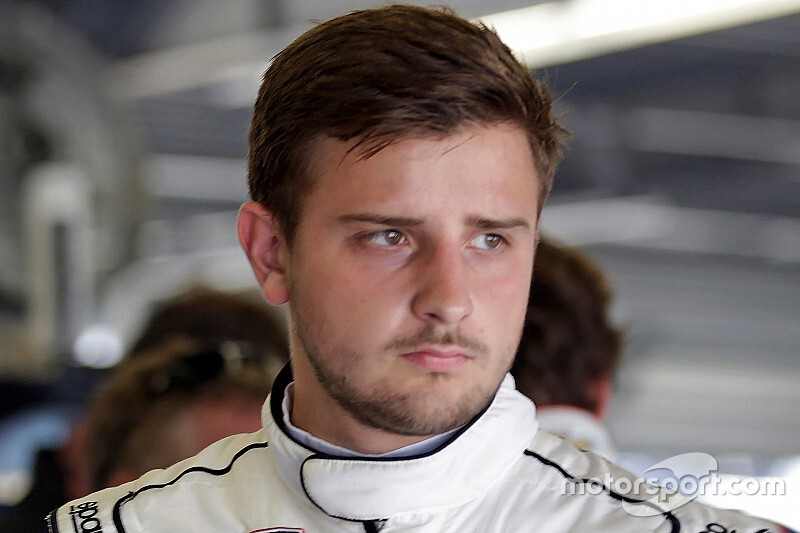 After two years in the ARCA Menards Series, Joe Graf Jr. will move fulltime to the NASCAR Xfinity Series in 2020.

Graf, 21, will compete with SS Greenlight Racing this season, driving the No. 08 Chevrolet and competing for rookie of the year honors. Patrick Donahue will serve as his crew chief. Donahue worked with Gray Gaulding at the organization last season.

“Bobby (Dotter, team owner) and Patrick prepare solid cars. To have the chance to get into a competitive race car for a full season is exactly what I need to continue developing at this level,” said Graf, a sophomore at New York University.

“My goal is to learn as much as possible, contend for strong finishes and maybe even earn a berth into the Xfinity Series playoffs. I know I have a lot to learn, but I’m eager for the challenge and am ready to get to Daytona and getting the season underway.”

In 39 ARCA starts, Graf earned seven top-five and 21 top-10 finishes including his first career series victory at Berlin (Mich.) Raceway. He finished a career-high fifth in the series standings in 2019.

Additionally, last season, Graf made three Xfinity Series starts for Richard Childress Racing as well as serving as marketing and communications intern through NYU, a role that he will continue in 2020.

“I learned a lot as an intern at Richard Childress Racing last season,” said Graf. “The opportunity to work with a lot of talented people on so many levels not only from an internship perspective but as well as a driver was such an eye-opening experience.

“I’m grateful to continue my internship in 2020 with Richard Childress Racing and continue developing as a driver.”

In his three Xfinity starts with RCR, his best finish was 14th at Richmond, Va., last fall.

“I’ve been watching Joe for a little while now, especially when he ran a few NASCAR Xfinity Series races last season and I’ve seen he’s eager to learn and perform. This is a big step for him, but he is determined to put the effort in and have a good rookie season,” Dotter said.

“With Patrick’s leadership and the strength that our team has shown in recent seasons, there’s no reason that we can’t go out there and do the same with Joe in 2020.”