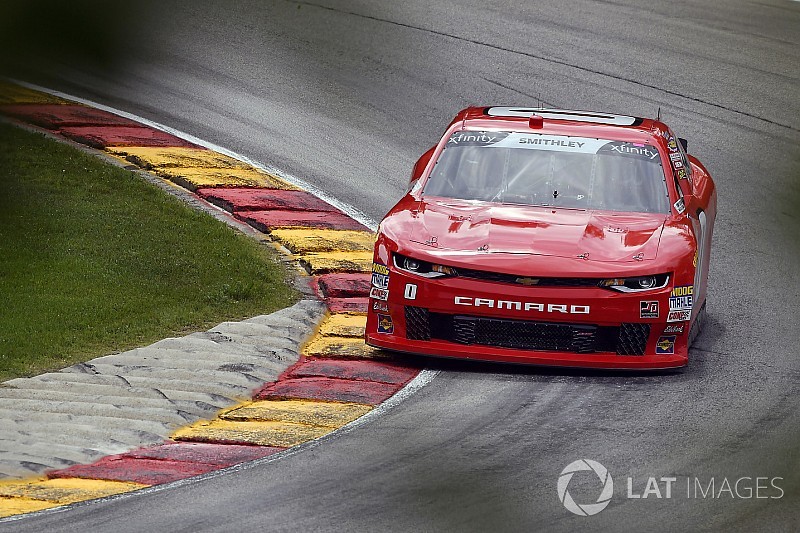 Last week, CGR announced Chastain would drive its No. 42 Chevrolet in the Xfinity Series for three races, the first being Saturday at Darlington (S.C.) Raceway.

Chastain’s move has prompted two others by JDM, the first which was to move driver Garrett Smithley into Chastain’s No. 4 Chevrolet this weekend with sponsorship from the S.C. Education Lottery.

Smithley, 26, is in his third season driving for JDM, most often in the No. 0.

“Garrett has made steady progress since he’s been with our team, and it’s a great opportunity for him to drive this car at Darlington and partner with the South Carolina Education Lottery,” team owner Johnny Davis said in a statement.

“We’re looking for a great weekend all around. We always look forward to going to Darlington, and this will all make the race that much more special.”

Saturday’s race will also be Smithley’s 100th start in a NASCAR national series.

“What a great weekend it’s going to be at Darlington,” Smithley said. “Johnny Davis and his guys have been great working with me, and we hope to take it to another level at old Darlington in the 4 car.”

The second driver move by JDM is in keeping with the “Throwback” weekend at Darlington.

Landon Cassill, who drove JDM’s No. 01 car in 2014 and 2015, will return to that car this weekend. His car will carry the colors of Flex Seal, a long-time team sponsor. The paint scheme will duplicate that raced formerly by Cassill.

“I am beyond excited to be back with Johnny and his guys on this special weekend,” Cassill said. “It’s a great opportunity to drive a good car in the Xfinity Series and to bring back some great memories we had on the circuit for several years.”

Vinnie Miller, who normally drives the No. 01, will move to Smithley’s No. 0 this weekend.

Ben Kennedy "possibly" interested in one day being NASCAR CEO