Blue Jeans Go Green 200 presented by Cotton, the Fabric of Our Lives, at Phoenix International Raceway.

Time to go short track racing: Jamie Dick and the Viva Motorsports No. 55 Viva Auto Group Chevrolet team are ready for the first of two visits to the Phoenix International Raceway. Coming off a strong showing at Daytona to open the 2014 season, momentum is on their side. This weekend will mark Dick's 11th career start at the fast and tricky 1-mile oval. Those starts include four in the K&N West series, two in the Camping World Truck Series, and four in the Nationwide Series. 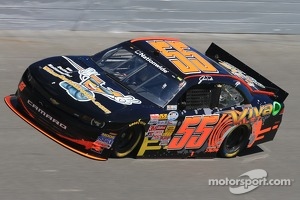 Last time out: In 2013 Jamie Dick was not able to get the finish he wanted. After starting 17th, Dick was caught up in an early wreck on the front stretch that ended the team's day on lap 59, resulting in a 35th place finish.

Jamie Dick's Thoughts: "Phoenix is by far one of my favorite tracks that we visit on the circuit. This is my home track growing up in El Paso, Texas and feels like a home track for our sponsors at Viva Auto Group. With the positive outcomes we had in Daytona, it helped us in gaining some momentum going into the Phoenix, which is huge for our team."

Austin Cindric, AJ Allmendinger on where they stand after Bristol

AJ Allmendinger: ‘If I don’t take that chance, I don’t belong’