LAS VEGAS, Nev. – Daryl Harr, driving the No. 87 Chevrolet at Las Vegas Motor Speedway this week for JD Motorsports with Gary Keller, has teamed with Kansas City Chiefs Hall of Famer Nick Lowery in a campaign against bullying.

Harr becomes the first NASCAR driver to become involved in a major campaign to fight bullying. 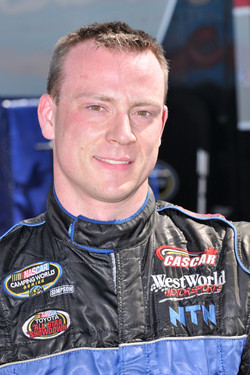 "You will see the first-ever bold statement against bullying,” Harr said. “Nick Lowery and I plan to kick off, if you don’t mind the pun, a program to inspire school kids at every NASCAR event that I attend with the message that, ‘What happens to one of us, happens to all of us!’ "

Lowery leads perhaps the country’s and the NFL's best program against bullying. A Harvard Masters graduate, he knows all about making a difference. He helped launch the Points of Light Foundation and Americorps for Presidents George H.W. Bush and Bill Clinton and is the recipient of the NFL’s foremost humanitarian award, the Justice Byron Whizzer White Award.

Plasmacar has come on board in the cause to fight against bullying. Plasmacar, which is manufactured by PlaSmart, is an innovative ride-on toy that harnesses the natural forces of inertia, centrifugal force, friction and kid power. It will be featured on the hood of the No. 87 car at the Vegas track.

“We know that clinical psychologists agree that part of the reason that the tragedy at Columbine and other school shootings has happened has sometimes been preceded by a toxic environment where the varsity athletes were the only ‘cool’ ones in school and sometimes made others feel unimportant and damaged their sense of value,” Harr said. “Nick and I want to help varsity athletes all over NASCAR Country stand up for the marginalized kids in the shadows of schools. That’s what Nick and I will be doing in schools in NASCAR communities.”