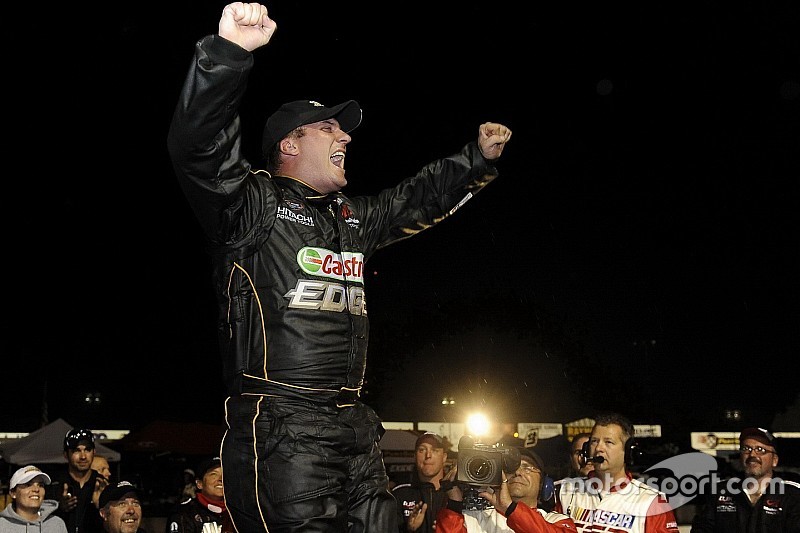 Two-time NASCAR Pinty’s Series champion will drive in Xfinity Series race for his 51st start in the series and eighth over at Daytona International Speedway.

Kennington is a fixture in Canada driving in the NASCAR Pinty’s Series and as the only driver to start every race in the history of the series, but he also likes driving down south as well from time to time.

The 41 year-old veteran returns to compete in the No. 99 car for owner BJ McLeod on February 16th in the season opener for the NASCAR Xfinity Series.

In his seven previous starts at the historic track (four in the Cup Series and three in Xfinity) his best Xfinity Series finish was 17th in 2009 and 13th in a Cup car last July.

“I just want to thank BJ and his entire team for the opportunity to get to race at Daytona again this season,” said Kennington. “I really appreciate Lordco Auto Parts and Castrol Canada coming back with me again to partner with me to make this possible.

“It should be a lot of fun and I can’t wait to get to Florida in a few weeks.”

Kennington, winner of the 2010 and 2012 Pinty’s Series titles and was inducted into the Canadian Motorsport Hall of Fame last fall, has started all 147 NASCAR-sanctioned races in the history of the series and he’ll return again for the 13th series season opener on May 19th at Canadian Tire Motorsport Park.