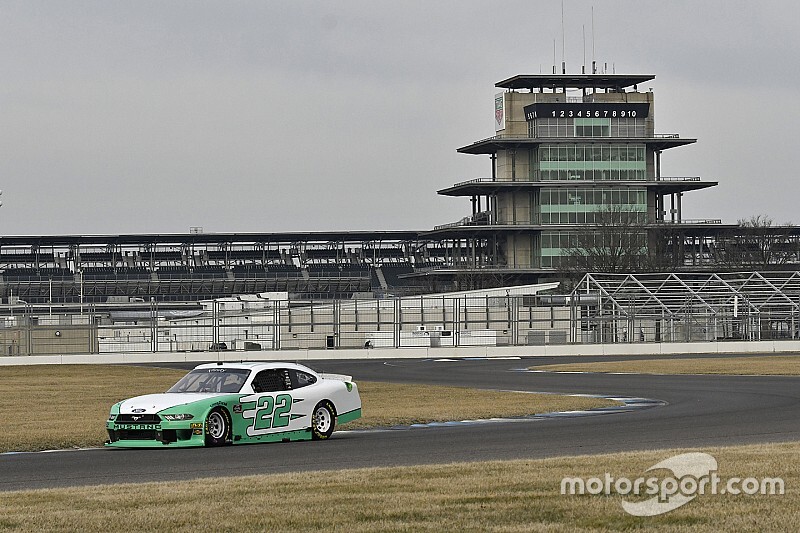 It wasn’t quite the moment when stock cars first took to the track at Indianapolis Motor Speedway, but Wednesday’s Xfinity Series test on the IMS road course still raised eyebrows.

“I’d consider this one of the big things (to happen in my life),” said NASCAR Cup Series driver Matt DiBenedetto, who drove the Team Penske No. 22 Xfinity car on both the 12-turn and 14-turn layout of the road course.

“Opportunities like this are things I’ll never forget for the rest of my life. I’ll be able to say forever, ‘Hey, I got asked by Mr. Penske himself, that whole team, by NASCAR, folks at IMS, everyone, to come and be the first ever to run the road course and test it out for the NASCAR Xfinity gang.’ ”

NASCAR and the track announced earlier this month that one of the two layouts will be used by the Xfinity Series during the annual Brickyard 400 weekend. The Cup cars will continue to run on the historic oval track.

“Stock cars around road courses are so unique, and that’s what makes me love doing it; it’s a lot different than maybe what an open wheel car or IndyCar or something would be around here,” DiBenedetto said.

“It’s unique because you have some fast parts and sections, but then you also have low speed stuff where you’re like, ‘Man, I just need some grip, get some rear grip in this thing and whatever.’

“It’s a tough little road course. It’s got all the things we ask for as road racers as far as technical stuff, heavy braking stuff, and it’s going to put on a good race.”

The 12-turn layout features more of a high-speed course with cars traveling through the entire Turn 1 of the oval and down the frontstretch into the infield for the first turn of the road course, which then features a heavy braking zone. It is similar to the layout used by Formula 1 for the United States Grand Prix from 2000-07 at IMS.

The 14-turn layout is more technical, utilizing a three-turn chicane inside Turn 1 of the oval before the drivers make their way onto the frontstretch, then stand hard on the brakes to enter the infield for Turn 1 of the road course. This is the version currently used by the IndyCar Series.

Auton said NASCAR will take engine and tire data, plus input from DiBenedetto and Team Penske, to its R&D Center in Concord, N.C., to evaluate which course layout and race distance will best suit the series.