Dale Jr. on Regan Smith: “I’m thrilled to have him back” 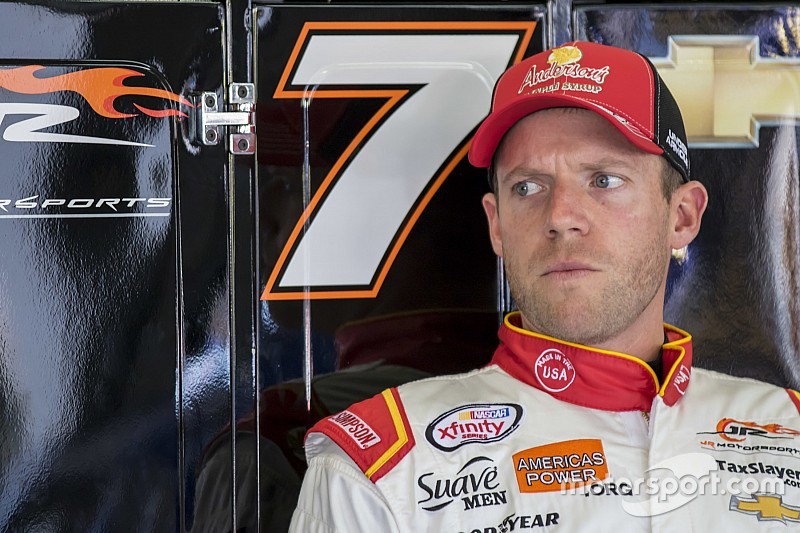 Regan Smith reunites with JR Motorsports to compete in a pair of road course events later this summer.

Regan Smith is ready to return to racing again and he’ll do it with a familiar team.

Smith broke the news earlier today that he’ll drive the No. 8 Fire Alarm Services Chevrolet for JR Motorsports at Mid-Ohio and Road America in August.

These races will be the first time the Cato, N.Y. native will drive for JR Motorsports since 2016.

Smith first drove for JR Motorsports in 2012, winning in his debut start for the team at Homestead-Miami Speedway and drove for the team from 2013-2015. During Smith’s three-year stint driving full-time for the team he scored five wins, including one at Mid-Ohio, with 26 top fives and 71 top-10s and a runner-up finish in the 2014 Xfinity Series championship.

“I can’t tell you how pumped I am for this,” Smith said. “Dale, Kelley and everyone at JRM have been like family to me, so in a way, it feels like I’m coming home. I have great memories of the years I spent there and the success we had during that time. And to have Fire Alarm on board for these races makes it all the more meaningful. They’ve been both friends and supporters of mine for a long time.”

Smith’s No. 8 Fire Alarm Services entry will be nearly identical to the neon green and flat black paint scheme he carried to victory with JRM in 2015 at Dover International Speedway. With headquarters in Arvada, Colo., Fire Alarm Services, Inc. provides superior Fire Life Safety and Security services and products for protecting its clients’ real-estate investment..

“Regan is a great friend, and he means so much to our company,” said Dale Earnhardt Jr. “He won a lot of races here, but for me his significance was no more evident than in his very first race for JRM at the end of 2012. That win at Homestead was enormous. It ended a winless streak for JR Motorsports that had dragged us down for more than two years. It was a tone-setter. It gave us momentum that, to be honest, I’m not sure we’ve ever lost. That’s what Regan means to this company, and that’s why I’m thrilled to have him back for these two races at Mid-Ohio and Road America.”

Smith is the ninth driver named to the No. 8 this season. The team, led by crew chief Taylor Moyer, is currently ranked 10th in owner points on the strength of four top-five and 11 top-10 finishes.

Smith has also made 224 starts in the Monster Energy NASCAR Cup Series with one win (Darlington - 2011) and has made a total of 206 Xfinity Series starts and 36 Gander Outdoors Truck Series starts in his NASCAR career.

NASCAR Roundtable: Does the punishment fit the crime?