Could NASCAR oval tracks be next for Katherine Legge? 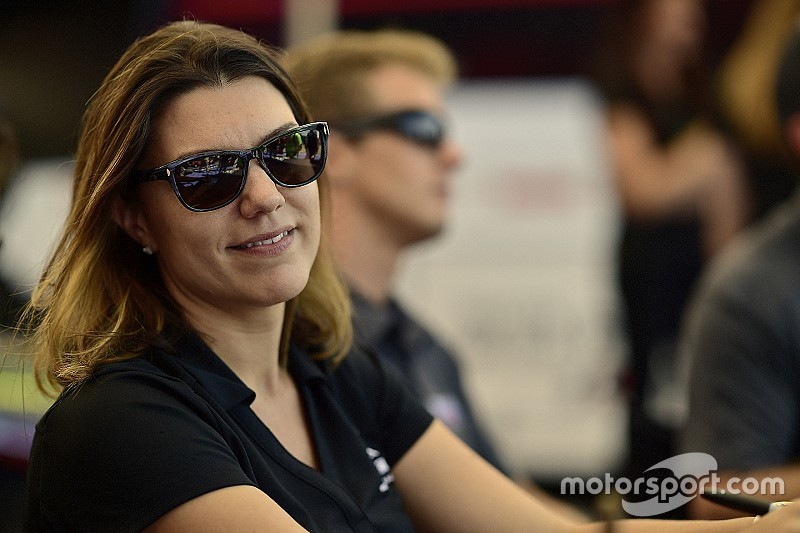 IMSA competitor Katherine Legge is set for just her second start in a NASCAR national series this weekend but she is already looking for more.

Legge had by all accounts a noteworthy performance in her Xfinity Series debut earlier this month at Mid-Ohio Sports Car Course until a late-race engine failure cut short her day.

“It was honestly one of the most fun experiences I’ve had in a race car,” she said. “I learned so much at Mid-Ohio. The first time I did a pit stop was in the race. I had no idea.

She is competing again in Saturday’s Johnsonville 180 at Road America for JD Motorsports.

Asked if she had considered ever trying a NASCAR oval track, Legge said: “Oh absolutely. I have a bit of oval racing experience but that’s in an IndyCar. I don’t know if it translates at all in any shape or form, probably doesn’t.

Legge, 38, said she had wanted to drive a stock car for a very long time.

“Hearing everyone talk about it, like Andy (Lally) describes driving it in the races and seeing how happy and animated he gets – I mean what wouldn’t make you want to drive a stock car?” she said Friday at Road America.

“It’s a different sport. I didn’t know anybody. I’m friends with A.J. Allmendinger and I go to a few of his races but I didn’t know teams to talk to or anything. So, I’m really lucky that I know Andy and I know Justin Marks and they kind of help me through it.

“I’ve always wanted to do it, it’s just I guess timing and everything has come together and I’m a very lucky girl.”

As for what is at the moment her final NASCAR start, Legge said she has no expectations this weekend.

“I’m just trying to do the no-mistake theory again, because I made a few at Mid-Ohio just not knowing what to expect,” she said. “If I can minimize those then honestly, realistic would be top-15 (finish), anything more than that would be gravy.”

Take a virtual lap around the Road America circuit, courtesy of NASCAR Heat 3: