Continuing with its Westward expansion, some of NASCAR's brightest stars will visit the Grand Ballroom of The Regent Beverly Wilshire in Beverly Hills, California, on Friday, Jan. 8, 1999 for the 1998 NASCAR Busch Series Grand National Championship Awards Banquet.

In 1997, NASCAR expanded the series schedule West of the Mississippi for the first time with events in St. Louis, Las Vegas, Fort Worth, Texas and Los Angeles. In 1998 the expansion continues with an event at Pikes Peak, Colo.

Since its inception in 1982, NASCAR has continued to make every effort to grow the

NASCAR Busch Series as a true series. With that, the move to The Regent Beverly Wilshire for the annual awards banquet is a step in building the series to its fullest potential.

"When people talk about the tremendous growth of our sport in recent years, that includes the NASCAR Busch Series," said NASCAR President Bill France. "Knowing that the NASCAR Busch Series is one of the top three divisions of motorsports, in terms of attendance, in this country, is something we're very proud of. We're working very hard to ensure the kind of growth in this series that we've experienced in NASCAR Winston Cup and exposure to new audiences is a part of that. The move to Beverly Hills is a part of that as well."

For the 17th straight year, Anheuser-Busch has sponsored the series.

"With races in St. Louis, Los Angeles, Las Vegas, Fort Worth and Colorado Springs, the NASCAR Busch Series has become a truly national series," said Gary Grote, Vice-President, Busch Brands. Like Busch Beer, NASCAR's popularity is coast-to-coast. Moving the banquet to California is an outstanding way to celebrate the continued growth of the NASCAR Busch Series, and we look forward to a long relationship with NASCAR." 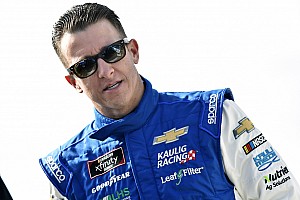