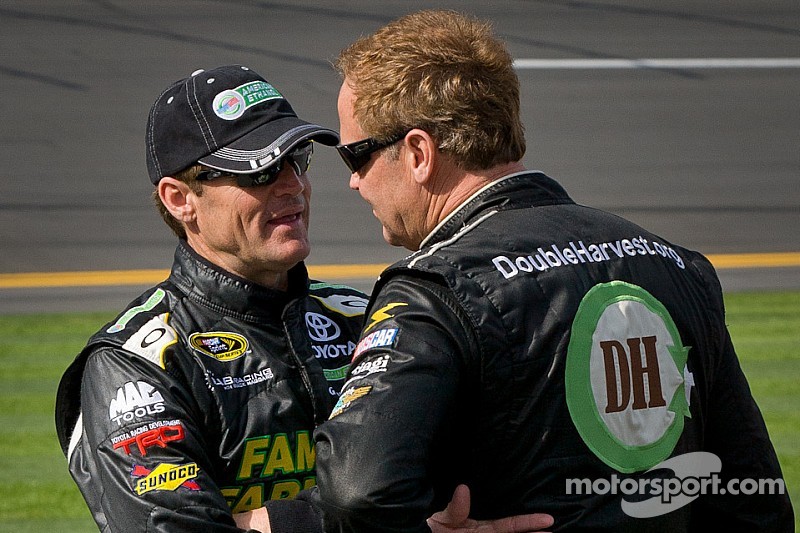 Kenny Wallace to fill in at Talladega Superspeedway for his brother Mike, who is recuperating from heart surgery.

RICHMOND, VA. – It’s not the type of opportunity Kenny Wallace had hoped for when returning to the NASCAR ranks.

But after his brother Mike underwent triple bypass heart surgery last Thursday, Kenny decided to suit up for the cause. The youngest Wallace sibling will drive the No. 26 JGL Racing Toyota next weekend in the XFINITY Series race at Talladega Superspeedway.

A great track to return to

"Talladega is where I have some of my best finishes in my NASCAR career," Kenny said.  "I think to have success at Talladega you have to enjoy racing there and that style of racing - and I like it.”

Kenny Wallace told Motorsport.com on Friday he was happy to help his brother. He added that Mike has been at home since Wednesday “and is recovering nicely”.

Wallace has 544 NXS starts and nine career victories on that tour. He has 24 starts at Talladega Superspeedway with two top fives and six top 10 finishes.

Mike Wallace, the last of three Wallace siblings to compete on a regular basis in NASCAR, had not felt up to speed for about the last three months. He reported having chest pains last week and saw a doctor on Thursday.

“I went to the doctor and the next thing I know I am going in for surgery,” Wallace said. “My dad had heart surgery about 35 years ago so I thought I was being proactive and taking all of the necessary precautions.  This just goes to show that you never know and there are a lot of people walking around out there in the same situation.  No matter how healthy we think we are - no one can be careful enough when it comes to our health so everyone needs to go get checked out.

“My plan was to go to Talladega next week and climb behind the wheel of a car strong enough to win.  If all goes as planned I will be going there to watch my brother do just that and root him and the JGL Racing team on.  I am focused on getting back to full strength and returning to the driver's seat in the near future."

Kenny Wallace joins JGL teammates J.J. Yeley in the No. 28 Toyota and Eric McClure, who pilots the No. 24 Toyota.

“I look forward to teaming up with JGL Racing and especially my longtime friend (team owner) Gregg Mixon."

Home track advantage for Hamlin as he secures Xfinity pole

Johanna Long refuses to give up