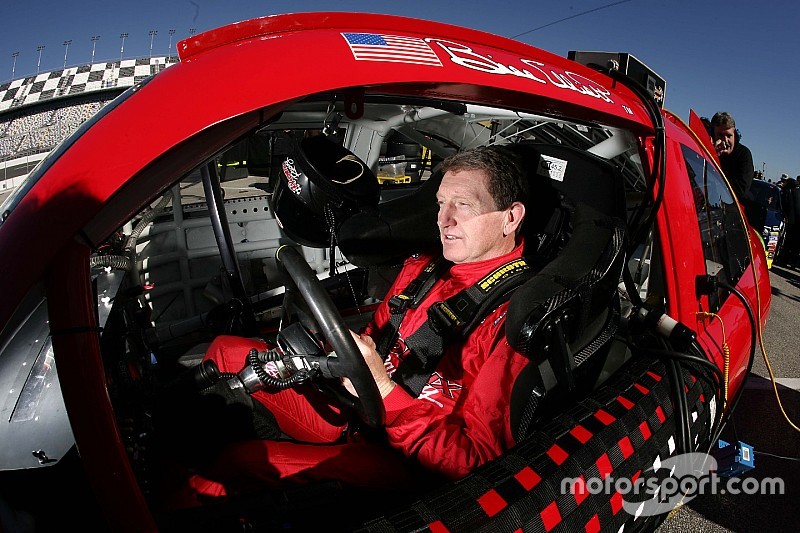 NASCAR Hall of Famer Bill Elliott is returning to on-track competition – at least for one race.

GMS Racing announced Saturday evening that Elliott, the former champion in what is now the Monster Energy NASCAR Cup Series and 44-race winner, will compete in the Aug. 25 Xfinity Series race at Road America in the No. 23 Chevrolet.

Elliott, 62, made his most recent NASCAR start in 2012 for Turner Motorsports in the Cup series.

“When this opportunity came up from Mike (Beam), I had to jump on it,” Elliott said in a statement. “Chase (Elliott) has ran a handful of races for the team so I figured I would give it a shot at Road America.

“Beam and I have worked together in the past so it will be exciting to get back behind the wheel and bring back some old memories.”

Chase Elliott, 22, has made four starts with GMS this season with a season’s best finish of second at Pocono Raceway.

Bill Elliott will be making his first start at Road America. He has one win in 43 Xfinity starts, with his only series victory coming on the road course at Watkins Glen (N.Y.) International.

“We are thrilled to welcome Bill (Elliott) to the GMS Racing family,” said Beam, president of GMS Racing. “Bill has many years in NASCAR and it’s going to be great to watch him come back, especially in GMS equipment.

“Bill and I worked together back in the day and had a lot of success so hopefully we can pick up where we left off and create some more great memories.”

Beam formerly served as team manager at Bill Elliott Racing and had worked several seasons as a crew chief for Elliott in the Cup series.

Joey Logano: "We know it's possible" to compete with Harvick