Kaz Grala prepares for big weekend with RCR at Dover 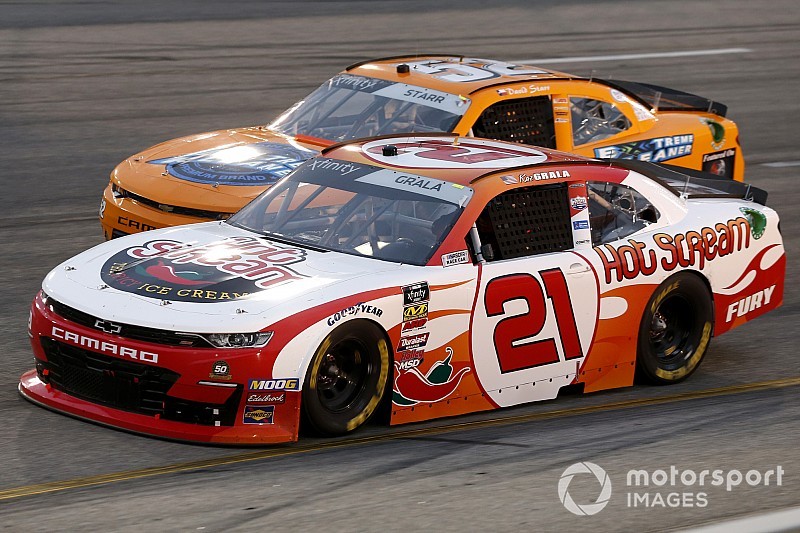 Kaz Grala looks to build on his recent performance with Richard Childress Racing while helping partner HotScream kick off the national launch of its product.

This weekend could be something to remember for Kaz Grala, on and off the track.

Grala will make his third start of the season driving the No. 21 HotScream Chevrolet Saturday in the Xfinity Series race at Dover (Del.) International Speedway, and in the process, help his sponsor kick off a national launch of its product.

And he has a fan to thank for it.

“I’ve always believed that fans are the most important part of this sport, and my opportunity to race this year is a testament to that. Last year, we were working very hard at FURY Race Cars and trying to put some sponsorship together. A big fan of what we were doing at FURY approached us after he made contact with the president of HotScream, who also happened to be a big NASCAR fan,” said Grala.

“They were on the car at Homestead, and they decided to come back for a few more races this year, which allowed us to put a deal together with Richard Childress Racing.

HotScream is a premium ice cream blended with a proprietary blend of eight different peppers, giving the dessert a subtle warmth, balancing the sweetness with spice.

“We’re honored to be a part of their national launch this weekend in over 400 Walmart stores and 100 ACME stores,” Grala said.

Grala feels that if the launch goes well, it could lead to even more opportunities to drive this season.

“NASCAR is great for business-to-business opportunities, and we’re working hard to help them grow their product. The more their market grows, the more they can be involved with us, and that would be a win for all of us,” said Grala.

As for on-track performance, Dover is a place that Grala has enjoyed some success.

Grala has a pair of second-place finishes in his five previous starts at the track, with a runner-up finish in a K&N Pro Series East race in 2014 and in 2017 in his most recent NASCAR Truck Series start there.

Grala finished 14th in his most recent start with RCR a few weeks ago in Richmond, and while his results are getting better, he feels the final positions don’t tell the entire story so far this season.

“I feel we’re running a lot better than our results show,” said Grala. “Our car was set up for longer runs in Richmond, and if we wouldn’t have had that late caution, we had a top-eight, maybe even a top-five car.

“I’m excited to be in a great car for this weekend, and I feel we have a chance to have a really good weekend. It would be awesome to bring the No. 21 car into Victory Lane after Tyler (Reddick) got the No. 2 car in Victory Lane last weekend.”