Smith, who just turned 18 years old on June 4, will run eight Xfinity Series races with JGR this season, the team announced on Thursday.

“Sammy has impressed at every level of his racing career,” said Steve DeSouza, Executive Vice President/Xfinity Series for JGR. “We believe Sammy will continue to excel and look forward to supporting him as he expands his 2022 schedule to include eight races in the Xfinity Series with the Joe Gibbs Racing No.18 team led by crew chief Jason Ratcliff.” 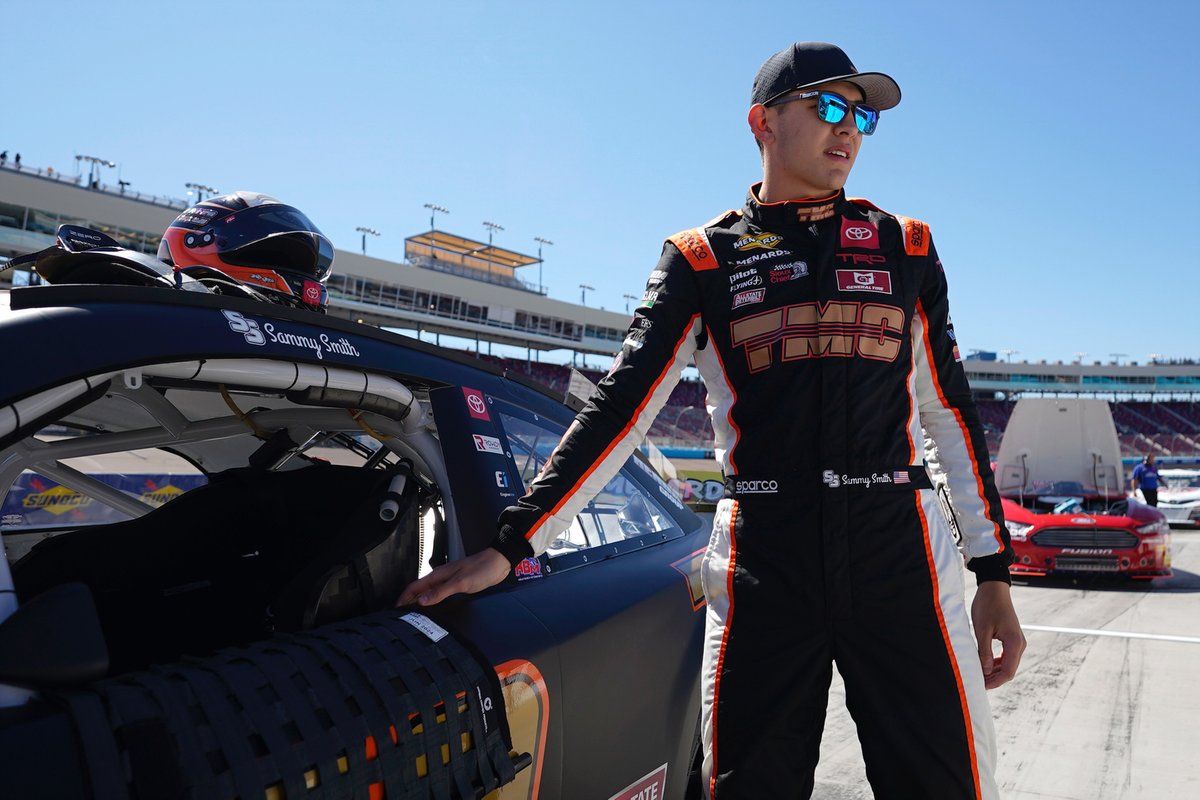 Smith won the 2021 ARCA East title driving for JGR, winning three of eight races and had seen top-10 finishes. He currently leads the 2022 standings as well with three wins – New Smyrna, Pensacola, and Nashville – in the first four races of the season.

“I’m excited for the opportunity to run the No. 18 Toyota GR Supra for Joe Gibbs Racing,” Smith said. “Making the jump to this level is huge for me and my career, and I’m thankful for all of my partners and supporters that have helped me get here.”

Three playoff contenders in the NASCAR Xfinity Series were taken out in a huge nine-car wreck at Texas Motor Speedway on Saturday.

On much older tires, Noah Gragson fended off a furious charge from Brandon Jones and held on to win Friday night’s NASCAR Xfinity Series race at Bristol (Tenn.) Motor Speedway.

The playoff grid is set for the 2022 NASCAR Xfinity Series championship battle.