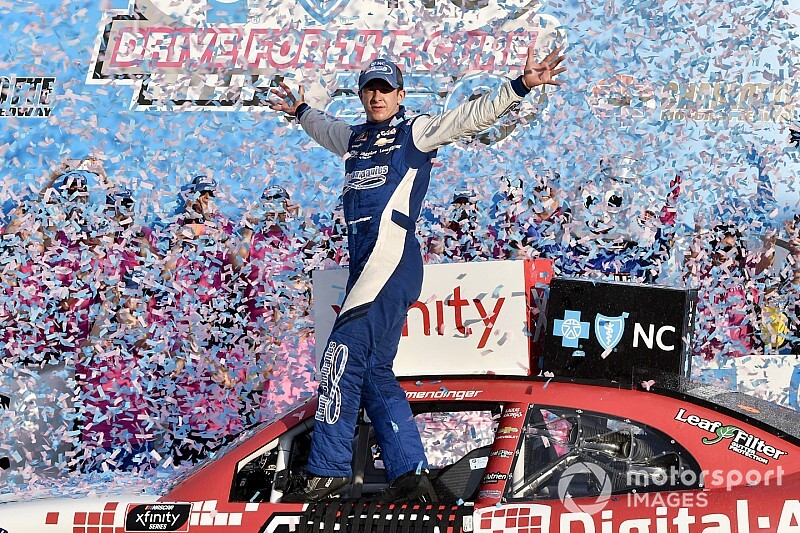 A.J. Allmendinger will return to Kaulig Racing for eight NASCAR Xfinity Series races during the 2020 season.

Allmendinger, who won the 2019 NASCAR Xfinity Series race at the Charlotte Roval, will return for an eight-race schedule this year.

The 38-year-old will be back behind the wheel of the Kaulig Racing Chevrolet, racing alongside teammates Justin Haley and Ross Chastain once again. He will pilot the No. 16 car.

"A.J. (Allmendinger) has played an instrumental role in competition for Kaulig Racing,” states Chris Rice, President of Kaulig Racing. “He has helped guide our road course program and has been a great resource for our other drivers, crew chiefs and engineers to lean on. I look forward to what he can do in more races for us this season.”

“I’m looking forward to returning to the Kaulig Racing organization,” said Allmendinger. “I had so much fun working with everyone on the team last season and being teammates with Justin (Haley) and Ross (Chastain). Hopefully I can help the team in any way possible so that we can build on the success we had last year and go for more wins. More than anything, Kaulig Racing is just a great team to compete for, especially with Matt Kaulig as the owner and Chris Rice as the President of the team.”