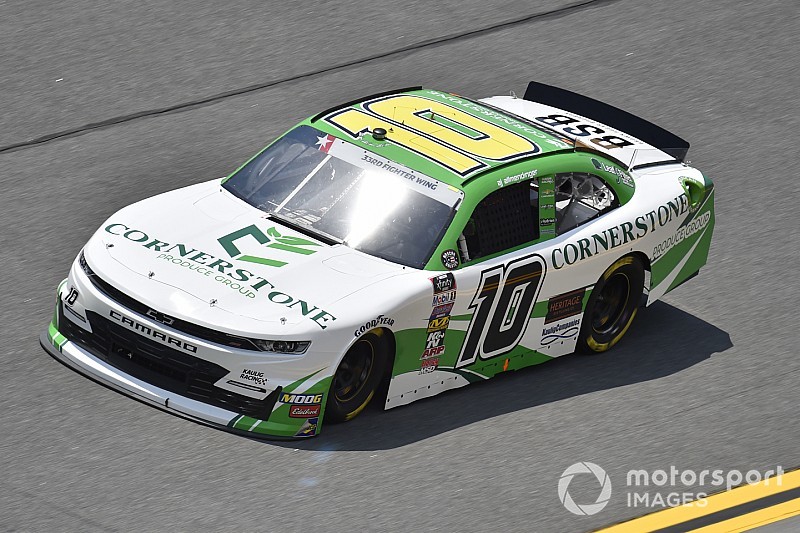 A.J. Allmendinger was in contention for a win in his first NASCAR race of the 2019 season but in the end it was as if he wasn’t there.

Allmendinger made his first start in the Xfinity Series this year Friday night at Daytona International Speedway and led 33 of 100 laps before finishing third, part of a 1-2-3 finish for Kaulig Racing which included the organization’s first win.

However, NASCAR announced after the race that Allmendinger’s No. 10 Chevrolet failed post-race inspection. He was disqualified from the event and given last place points (38th).

This is the second consecutive Xfinity Series race a top-three finisher has been disqualified. Christopher Bell’s No. 20 Toyota failed post-race inspection at Chicagoland Speedway last weekend after it failed height stick measurements.

Allmendinger’s car failed a post-race “vacuum test,” which is performed on each car at superspeedway prior to the race and then tested in post-race inspection.

“Whenever you go especially to restrictor-plate style races, the teams are very much aware that everything has got to be sealed up tight,” said Wayne Auton, managing director of the Xfinity Series.

“It could compromise the availability of the restrictor-plate to do its job.”

With Allmendinger’s penalty, Michael Annett is now credited with the Stage 2 win and Christopher Bell moves up to the third-place finisher, Austin Cindric to fourth and Stephen Leicht is credited with fifth – his first top-five of the season.

NASCAR would not say whether the No. 10 team could face additional penalties for the infraction. If there are, they would be announced early next week.

The team has since released the following statement: