Allgaier scores first Xfinity win of the 2020 season at Dover 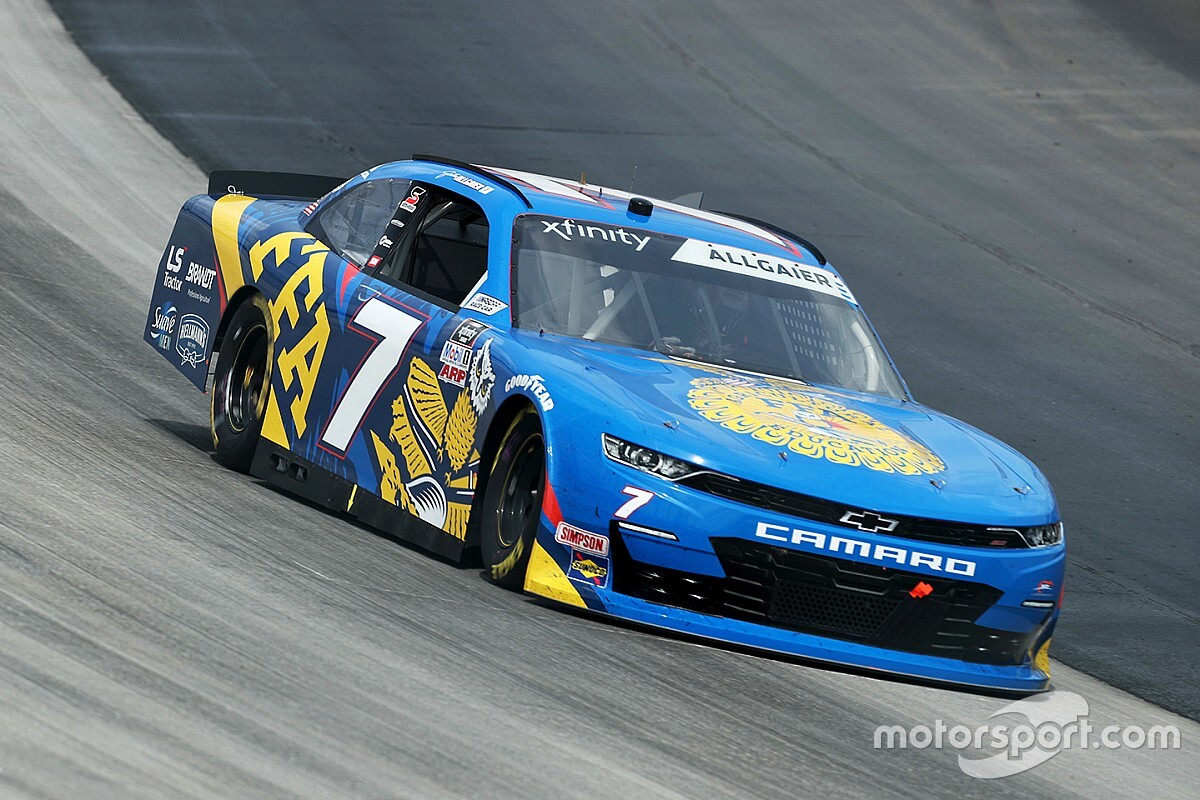 Justin Allgaier returned to Victory Lane Saturday at the 'Monster Mile' for his first victory of the 2020 NASCAR Xfinity Series season.

Allgaier delivered despite constant pressure from Austin Cindric, winning both Stage 2 and the race for JR Motorsports. He led 120 of 200 laps.

“First of all, I can tell you that God is great, man. These last 18 to 24 months have been crazy, just proud of these guys and the no give up attitude," Allgaier said.

"This team is incredible.”

Cindric dominated the opening stage, which was clean and green other than a Lap 20 competition caution.

Gragson was the leader for the restart to kick off Stage 2, holding onto the top spot as Allgaier moved around Cindric for second.

Later on, Allgaier was able to catch Gragson as he got held up in slower traffic, making the pass to the high side on Lap 76.

Briscoe then got loose underneath Cindric and nosed his car into the inside wall on the backstretch, forcing another caution.

The green flag flew with nine laps to go in the stage. Allgaier was able to hold off a charging Cindric for the Stage 2 win with Chastain third, Gragson fourth and Herbst fifth. H. Burton, Haley, Jones, J. Burton and Annett rounded out the top-ten.

Ryan Sieg and Brandon Brown made up the front row for the first restart of the final stage after they stayed out, but they quickly faded.

Allgaier, Cindric and Chastain were the first three to get through the traffic as the field got spread out. However, B.J. McLeod contacted the outside wall with 51 laps remaining and the yellow flag flew once again.

Chastain was able to jump Cindric during pit stops, but lost the spot on the following restart as Cindric tried to move under Allgaier for the race. His efforts were to no avail as the caution flag came out for the last time when Brandon Jones half-spun exiting Turn 4.

Cindric again tried to pressure Allgaier, but he couldn't quite get there as the JR Motorsports driver pulled out to a two second lead, capturing the race win.