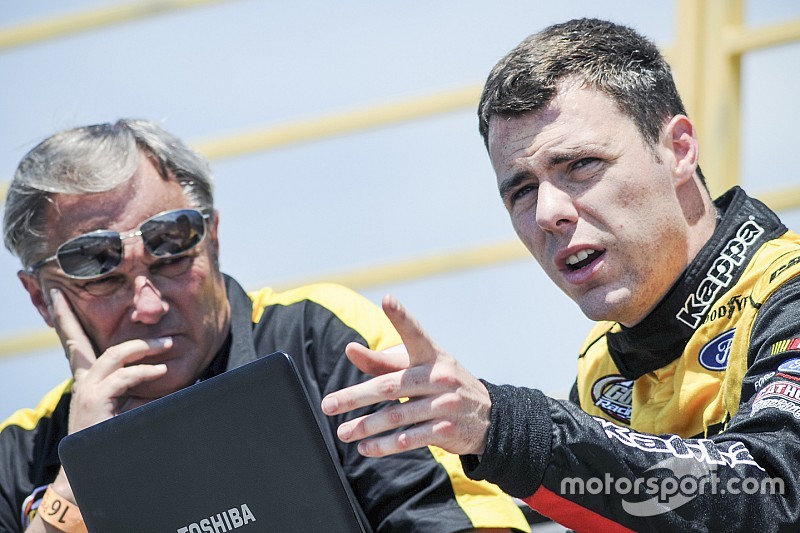 Labbe felt that competing on road courses three times over a four-race span would offer his team a chance to score at least one top-10 finish and it became a reality in the second event.

Labbe and his DGM Racing team, led by veteran racer Mario Gosselin, rebounded from mechanical issues on Saturday to finish ninth at Mid-Ohio.

Labbe led four laps last week at Watkins Glen (N.Y.) International and while he didn’t lead any laps at Mid-Ohio, he was happy with the outcome.

“We were excited for this race with sponsorship from Larue and a good car so we were looking forward to the race,” said Labbe. “Everyone was really happy after the race for being able to rebound and come back through the field for the solid results.”

Labbe said his team had to work through brakes issues and a loose tie rod early in the race.

“We had to work through some problems in the first half of the race and once we got that all figured out we had a really good car,” said Labbe. “Mario and the team worked hard all day and it paid off in the end.”

The team also had veteran road racer Andy Lally in a team car and Labbe said he also was a big help during the weekend.

“Andy offered some advice about the course as he’s raced on it a bunch of times and he was really helpful to our entire team,” said Labbe.

Labbe is making his first start of the season in the NASCAR Pinty’s Series on Sunday in the annual race on the street course in Trois-Rivieres, Quebec.

Labbe will start 22nd in the field in the race as the defending series champion will make his first start of the season in his home country after competing for rookie of the year in the Xfinity Series this year.

Justin Allgaier gets around Cindric for Mid-Ohio Xfinity win