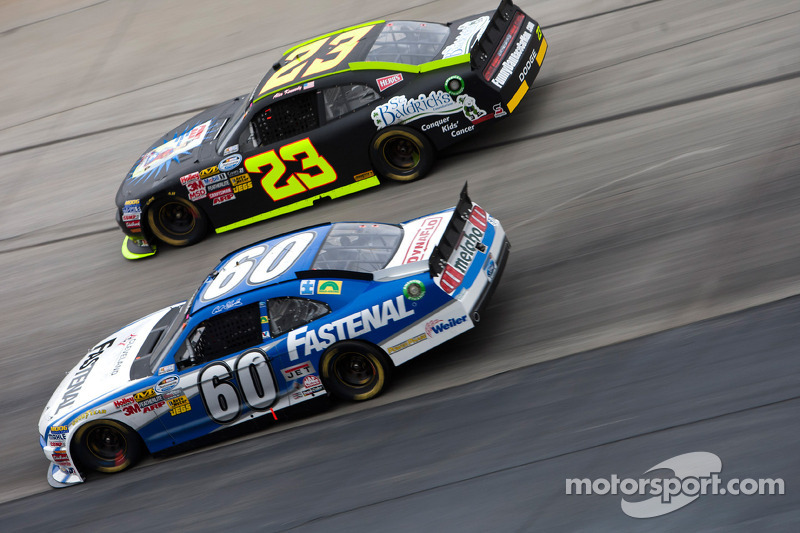 After a fairly good practice session on Friday where Kennedy registered the 29th fastest time, but second fastest average for a 10-lap run, the team was poised for a good qualifying session on Saturday morning. When that was washed out by Mother Nature, the starting line-up was set by practice times lining the No. 23 Dodge up 24th on the grid.

After some rain delay, the team’s fired up their cars and took to the one-mile, concrete oval of the “Monster Mile” under threatening skies. Kennedy started out with solid runs and settled into 26th place.

This team didn’t deserve this finish.

A competition caution was set for lap 40, but an opportunity to make adjustments arose when the caution waved on lap 19. Walter Giles opted to pit the car for a chassis adjustment, lining up Kennedy 28th for the restart.

He would fall to 30th on lap 27, then started to pass cars to run 26th when the competition caution waved. Giles called for four tires, fuel, chassis and air pressure adjustments on the stop. Lined up 26th for the restart, Kennedy gained two positions in six laps.

While running 24th on lap 79, he radioed in the car was sliding pretty bad on the right-rear tire and the loose condition on the exit of the turns was getting worse. Giles said they would fix it on the next stop and for Kennedy to hang on until then.

While exiting Turn 2 on lap 87, the back end came out from underneath Kennedy. He tried to hang on after brushing the outside wall with the right rear quarter panel, but ended up spinning around and down the track with the right side making heavy contact with the inside wall.

After coming to a stop for a bit, Kennedy re-started the No. 23 Dodge and was trying to bring it to pit road. As he moved up the track, the car didn’t turn as quickly as desired and was hit in the right front fender by the No. 16 of Kevin Swindell causing it to spin around on the backstretch 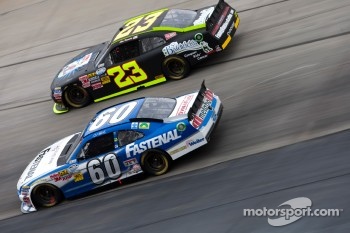 The hit was so severe it tore the right-front suspension from the car leaving the right tire sitting out in front of the grill. The car was loaded on a roll back and taken to the garage leaving Kennedy and the No. 23 Dodge team of R3 Motorsports with a 32nd-place finish.

The team remains locked in via Owner’s Points tied for 29th place, trailing 28th by one marker and 27th by 11 points. Robert Richardson, Jr. returns to the No. 23 Dodge next week at Iowa Speedway.

Alex Kennedy Quotes: “This team didn’t deserve this finish. We had a good car that was getting better on the longer runs in the early part. After I spun to the inside wall out of Turn 2 there I was just trying to get back rolling again, but I just didn’t know how bad the damage was on the right side. I was expecting it to turn and it didn’t. I had the wheel cranked to get back to the pits to see if we could salvage the car, but it wouldn’t turn.

“It felt normal at first, then it just stopped turning and went straight to the top of the track. That’s when the 16 hit me and really tore the car up, and ended his day, too. I feel real horrible for Kevin (Swindell) because I ruined his day. I can’t apologize enough for that.”