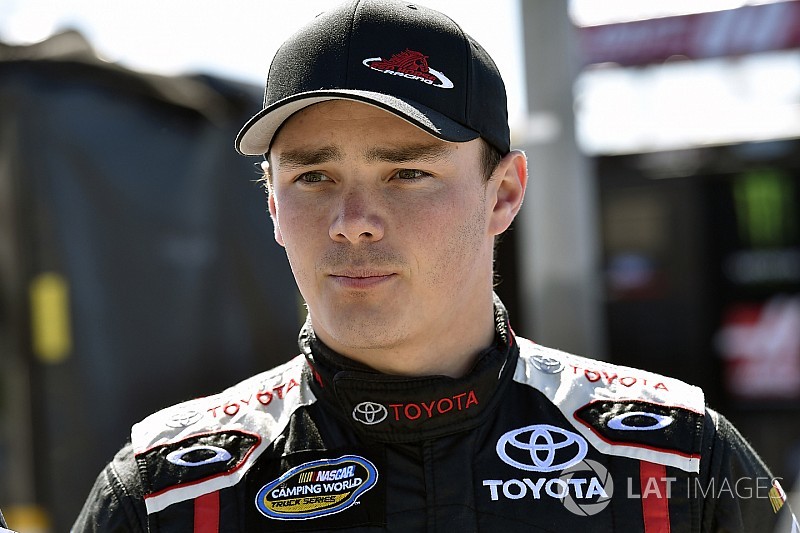 Brett Moffitt returns to action with GMS Racing at Iowa Speedway next weekend.

The 24-year-old from Grimes, Iowa will pilot the No. 96 Northland Foundations Chevy at his home track. Moffitt finished ninth in his only Xfinity Series start on the .875-mile oval in 2012.

“I am really excited to be racing in my home state again,” said Moffitt. “I’m extremely thankful for the opportunity with GMS Racing and I’m very grateful of the support that the Iowa community has shown and put in to support this race. It would be really awesome to bring home a solid finish in front of my hometown fans.”

Moffitt has been sidelined since Red Horse Racing shut down in May. He was 10th in the Camping World Truck Series standings at that time. Moffitt cut his teeth in the NASCAR K&N Pro Series East Series where he won nine races and 10 poles in 61 starts. He never finished worse than third in the standings in five full seasons.

Last year, Moffitt won the truck race at Michigan Speedway with Red Horse Racing. He also has 38 starts in the Monster Energy Cup Series with a career-best eighth-place finish at Atlanta Motor Speedway in 2015.

GMS has fielded the No. 96 Camaro if four events this seasons with Ben Kennedy.

“We are thrilled to have Brett Moffitt in the No. 96 at Iowa,” said Mike Beam GMS Racing General Manager. “We are always looking to grow our program and the more drivers we can get in the seat the better. Moffitt is a class act and a very talented driver, we are honored to have him behind the wheel at his home track.”