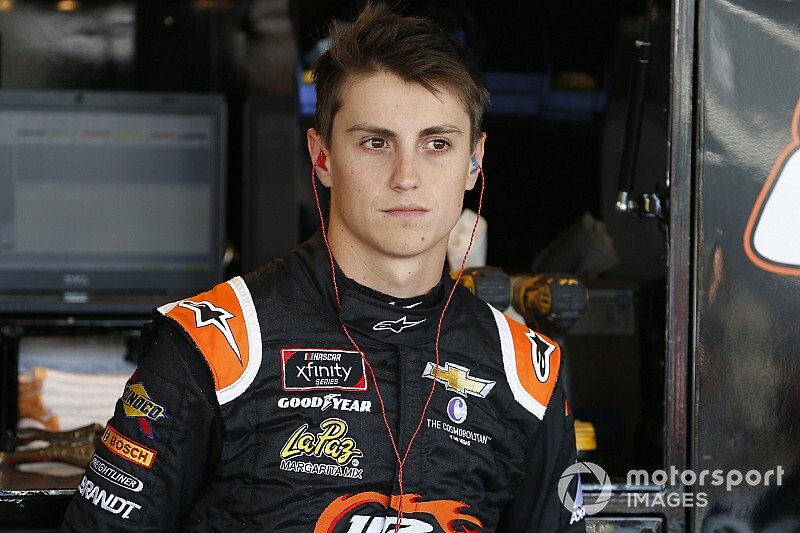 The team announced Tuesday Smith, 20, would compete fulltime in the Truck Series in 2020. Sponsorship and a truck number for Smith will be announced at a later date.

Smith will join Brett Moffitt, Tyler Ankrum and Sheldon Creed as fulltime teammates next season. Sam Mayer will drive a fifth truck in a partial schedule.

“When I got the offer from Mike Beam asking me to run a truck full-time for GMS Racing, I couldn’t pass up the opportunity,” Smith said in a statement. “GMS is a championship-caliber team and to be a part of an organization like theirs is a once in a lifetime opportunity.

“I’m looking forward to working with (crew chief Kevin) Manion again. He has a lot of experience and I know we will be a great team.”

Smith competed in 10 Xfinity Series races this past season with JR Motorsports, with a best finish of fifth on two occasions.

He has made one previous Truck start, finishing fifth in 2018 with DGR-Crosley at World Wide Technology Raceway at Gateway. Manion served as Smith’s crew chief for that race.

“I am really excited to join GMS Racing and Zane for the 2020 season,” Manion said. “With GMS Racing’s championship-caliber equipment and Chevrolet support, we have all the resources to win some races and be in the hunt for the 2020 championship.

“I got the opportunity to crew chief Zane in his first Gander Trucks start in 2018 at Gateway and we worked really well together. I’m looking forward to seeing what we can accomplish next season.”

Matt Crafton: 2019 Truck title was about "winning the war"