Tyler Dippel to drive for GMS: “This is the opportunity of a lifetime” 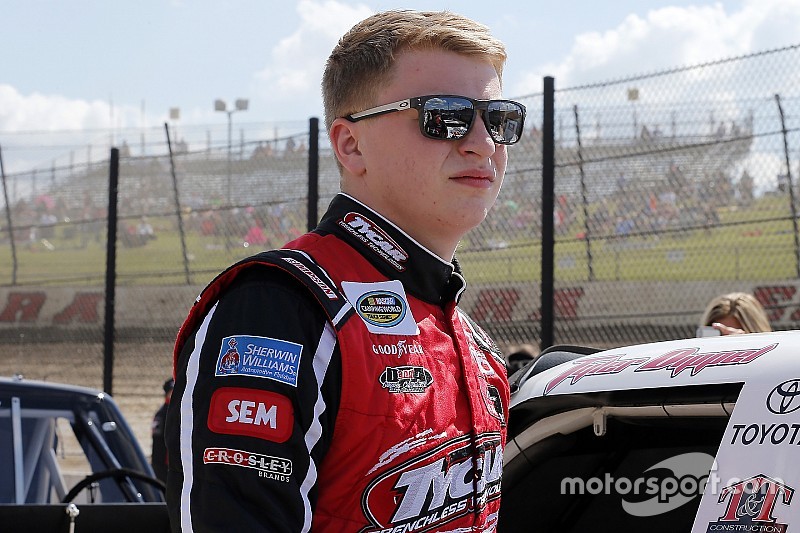 Dippel, who will compete this weekend in the season finale for the NASCAR K&N Pro Series East at Dover (Del.) International Speedway, will drive the No. 25 Chevrolet for the remainder of the season led by crew chief Jerry Baxter.

Dippel, a native of Wallkill, N.Y., made his NASCAR Camping World Truck Series debut earlier this year at Eldora Speedway, finishing third in his qualifying race and finishing 13th in the main event.

“I’m so grateful for this opportunity to race for GMS Racing,” said Dippel. “The Gallagher family, along with Mike Beam, have built a first-class operation and I know they’ll bring great equipment to these races.

“I’m excited to be paired with such an experienced crew chief, Jerry Baxter, along with the entire No. 25 crew. They’ve been working together all season which will definitely help accelerate my learning curve.”

Dippel’s racing career began on dirt at seven years old. He earned his first National Championship at the age of 10 and went on to become the youngest Northeast Dirt Big Block Modified winner at 14 years old. He has also accumulated four track championships.

“I can’t say enough about my teammates. Johnny Sauter, a series veteran, will be there for me to lean on as needed; my Northeast Big Block Dirt Track colleague and lifetime friend, Stewart Friesen; and Justin Haley,” said Dippel. “Justin and I were teammates back in our early days of the NASCAR K&N Series. I am also looking forward to being on the same team as Sheldon Creed.

“This is the opportunity of a lifetime and I hope to make the best of it.”

NASCAR Roundtable: Was the Charlotte Roval a success?