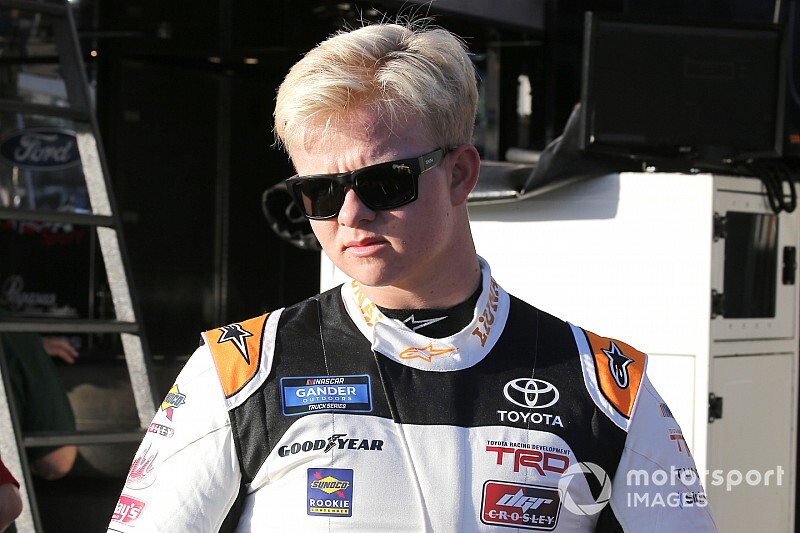 The organization announced Thursday that Tyler Ankrum, who qualified for the Truck series playoffs this season with DGR-Crosley, will compete fulltime in the series next year with GMS Racing.

Ankrum, 18, will join fellow fulltime competitors Brett Moffitt and Sheldon Creed in competing for the 2020 championship. Sam Mayer, the 2019 K&N Pro Series East champion, will also compete in most of the season’s races.

Moffitt is one of four drivers competing for the 2019 series championship Friday night at Homestead-Miami Speedway.

“I’m excited to move on to the next chapter in my racing career with GMS Racing and Chevrolet,” said Ankrum. “I’m pumped to work with my new teammates and hope I can bring something special to the team.

“I think we will win a lot of races and contend for the championship in 2020.”

Ankrum’s team will have sponsorship from LiUNA and Railbalza for the majority of the season. His truck number and crew chief will be announced at a later date.

“Adding Tyler to our lineup is a great addition to our Truck Series program,” said Mike Beam, president of GMS Racing. “He is a talented young driver with a lot of potential and a great future ahead of him in NASCAR. I look forward to the success he will bring GMS in 2020.”

At the age of 17, Ankrum claimed the 2018 K&N Pro Series East Championship. In his first fulltime Gander Trucks season, he earned his win at Kentucky Speedway.

As the only rookie contender to make the playoffs, Ankrum clinched the 2019 Rookie of the Year title at the conclusion of the regular season. So far this season, he has three top-five and nine top-10 finishes with Friday night’s race at Homestead remaining.

NASCAR Roundtable: Who will be champion?