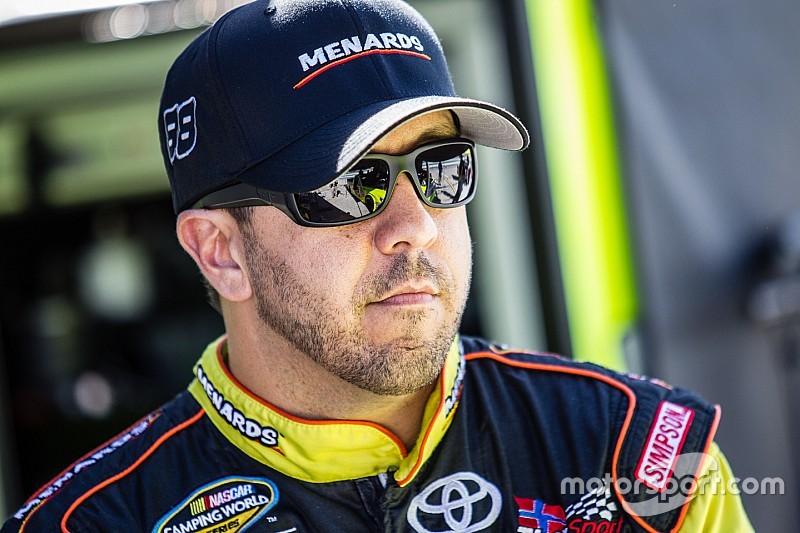 Following the Sprint Cup driver's lead, CWTS competitors are in support of having their own council.

After the Dover Sprint Cup race, NASCAR met with nine of its top drivers to form a driver’s council to address issues with the sanctioning body.

I would have to say yes [to a council], only because there’s different issues that go on in the different series

Speaking with the media at Texas Motor Speedway, series points leader Matt Crafton implored that NASCAR should expand the driver’s council to include the XFINITY and Camping World Truck Series drivers to help encourage a dialogue between the drivers and the sanctioning body.

A driver council for all three divisions?

“I 100 percent agree that they [NASCAR] need to have a council I would say in all three of the series to be able to talk to the series directors and see what direction they need to go in.

“They’re constantly making rule changes and trying to make the sport better and sometimes we as drivers feel things whenever they make a rule change and I think they need to hear it sometimes- not in a bad way or good way, but we need to be able to talk to them for sure,” Crafton said.

Crafton wasn’t the only truck series driver that thought that a drivers council would be a great idea for the truck series. Cup, XFINITY and Truck race winner Joe Nemechek told Motorsport.com that he was in favor of a driver’s council in the truck series.

“I would have to say yes [to a council], only because there’s different issues that go on in the different series, but yet a lot of the same issues that the cup [guys] deal with are happening over here. But again, it’s a whole different level of racing. There you’re at the top and you have all the big names doing stuff,” Nemechek said.

“It can’t hurt, I think the more you talk to your drivers, the more feedback you’re going to get to make the series better, ultimately. I definitely think we’re a national series under the NASCAR banner, [so] it should have that kind of clout. It’s taken my whole life to get here, so I take it very seriously and they should too, so I don’t see why it could be a bad thing.”