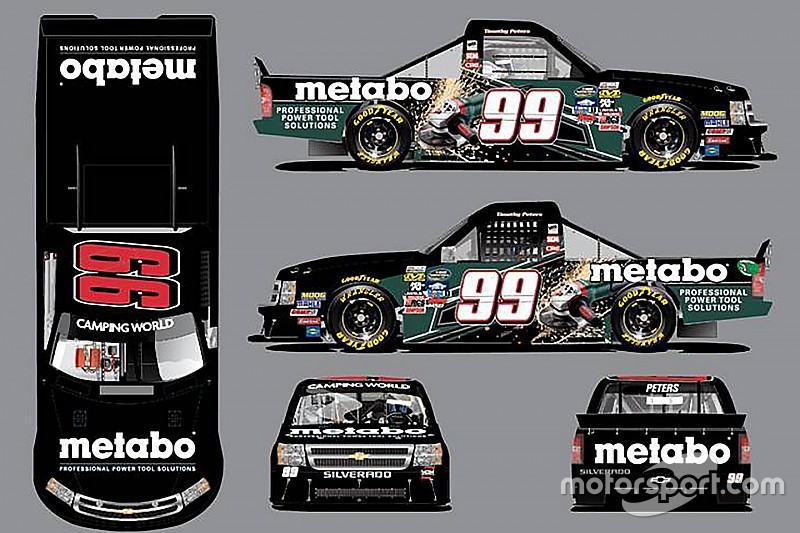 Timothy Peters will be back in the saddle again this weekend at Texas Motor Speedway.

After the devastating news that Red Horse Racing was shutting its doors last week, leaving the affable racer without a ride for Dover International Speedway, MDM Motorsports announced on Tuesday that Peters will pilot the No. 99 Metabo Chevy under the lights in Friday night’s Rattlesnake 400.

“It’s just great to be back behind the wheel of a truck,” Peters said. “I talked with crew chief Shane Huffman last week and this deal came together in a matter of days. I can’t thank MDM Motorsports enough for giving me this opportunity, and to have an established company like Metabo put their faith in me as a driver is very humbling, to say the least.

“We have a lot at stake this weekend, but I just want to go to Texas, do my job and reward everyone that helped make this happen.”

Peters is one of the most popular drivers in the truck garage. In 13 seasons on the tour he’s earned 10 wins, eight poles, 57 top fives and 121 top 10 finishes. Last season he was one of the final four drivers to qualify for the title round in the tour’s playoffs.

“We’re continuing the building process of MDM’s truck program that started with Austin and Ty Dillon earlier this season and then with Brandon Jones the past two races,” said McFarland/ “With Timothy driving the Metabo Silverado this weekend, we have again secured an ECR power plant and head to Texas with hopes of another top-10 finish.”