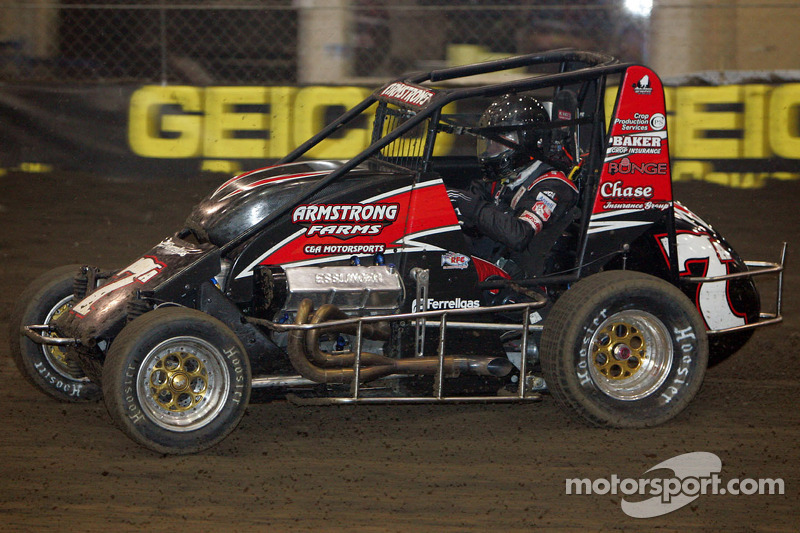 Armstrong ran for an impressive two wins in the 2010 ARCA Racing Series and collected the Rookie of the Year title. Most notably, the then 18-year-old won at one of the toughest tracks in NASCAR's elite series - Talladega Superspeedway. He will be the teammate of veteran drivers Matt Crafton and Johnny Sauter, both of whom have impressive resumes and Victory Lane expectations at ThorSport Racing. The No. 88 Menards Chevrolet and No. 13 Safe Auto/Curb Records Chevrolet teams are actively pursuing the series championship title in 2011.

"We're excited to add Dakoda Armstrong, such a fresh talent and unique 'voice' in the agricultural, entrepreneurial and alternative energy world; to our growing NASCAR Camping World Truck Series program in 2011. "Dakoda is a very inspirational young driver who has had a lot of success in every series he's competed in, and he's part of the next generation of NASCAR drivers," said Matt LaNeve, Vice President of Motorsports Partnerships at ThorSport Racing. "Add to the fact that he's one of many corn growers who are helping to feed and fuel America, it's a winning combination with the effort of our series to use Sunoco Green E15 fuel. What better than a potential Sunoco Rookie of the Year who helps produce ethanol fuel from home? We think he's such a compelling NASCAR story."

"Driving for such a strong team with a long history in this series is an unbelievable opportunity for me," said Armstrong. "I grew up building my own midget cars on our farm, and it was always my dream to make it to NASCAR to drive for an organization like ThorSport Racing. Team owners Duke and Rhonda Thorson have proven that they can put the trucks on the track to race consistently for the win with both veteran drivers and rookie drivers through two prior Rookie of the Year awards. I had the opportunity to be a guest of the teams at Phoenix, and I was so impressed to see how well both the 13 and 88 teams work together to get the best performance out of the weekend. I have so much respect for team manager David Pepper and crew chiefs Bud Haefele (No. 88 team) and Joe Shear, Jr. (No. 13 team); who work tirelessly to put the best quality & equipment out there. I'm also excited to be able to shed more light on what farmers like my family are doing to help Americans become more energy independent. Our corn is used to produce ethanol, which provides us a renewable fuel that reduces emissions and creates jobs right here at home. That's a tremendous source of pride for me."

"As NASCAR uses an ethanol-blended fuel made with corn grown in the U.S., we are thrilled to see a fourth-generation family farmer competing at the top level of our sport," said Dr. Mike Lynch, Managing Director of Green Innovation for NASCAR. "We support Dakoda Armstrong's efforts to tell the story of Sunoco Green E15 -- the ultimate high-test fuel contributing to conservation, U.S. jobs, and energy independence."

Armstrong's debut race is tentatively scheduled at Iowa Speedway in July. Further details about the program will be made at a later date.