Tanner Thorson stepping up to the NASCAR ranks 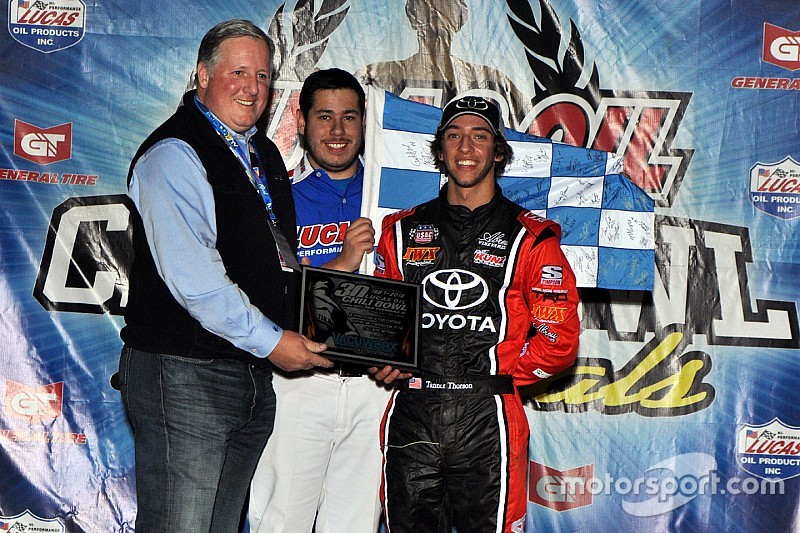 Tanner Thorson is one of the lucky ones.

Prior to the Chili Bowl Nationals in January, the 2016 USAC Midget champion and 2017 National Midget driver of the year was recruited by Team Dillon to compete in the Camping World Truck Series.

The 21-year-old Minden, Nev.-native will drive 12 Truck races with Young’s Motorsports in the No. 20 GoShare Chevrolet.

“In partnership with Team Dillon, we have put together an exciting schedule for 2018,” said team principal, Tyler Young. “The venture will feature both Austin and Ty Dillon, as well as Daniel Hemric and Team Dillon development driver, Tanner Thorson, in the No. 20 GoShare Chevrolet Silverado for a total of 17 races.”

Austin Dillon will pilot the No. 20 GoShare.com Chevy this weekend at Atlanta Motor Speedway. Thorson will continue racing in the King of the West Sprint Car series and select midget sprint car races with Dooling Hayward Motorsports/Richard Childress Racing.

“Tanner is a heck of a wheelman a lot of this credit goes to Austin Craven with Austin Dillon Motorsports,” Austin Dillon said. “He had the vision. We just want to keep giving back to the sport in any way we can.

“Tanner is one of those guys that has got that sprint car background like (Kyle) Larson and Christopher Bell and performed well at the Chili Bowl. We are going to be in a couple of Truck (Series) races this year, I think. It will be pretty cool.”

At Bristol Motor Speedway, Thorson will make his debut in the K&N Pro Series East Series with Young Motorsports. He is expected to make his truck debut at Dover International Speedway in May.

Five things to watch for in the Atlanta Truck race