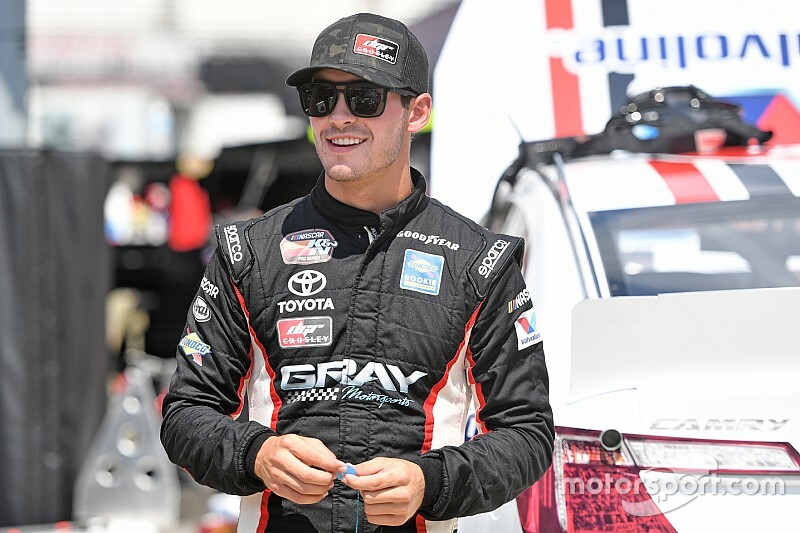 Gray, 20, a former NHRA Pro Stock champion, will make his debut Truck Series debut next weekend at Martinsville (Va.) Speedway with DGR-Crosley, competing in the team’s No. 15 Toyota.

Gray will follow-up his debut by making starts for the team at ISM Raceway near Phoenix and Homestead-Miami (Fla.) Speedway to close out the 2019 season.

“I’m excited to make the step up to the Truck Series,” Gray said. “I think it’s going to be challenging, but I’m ready to take the next step with my DGR-Crosley guys. We’ve been preparing for this all season, and I think the best way to learn is to go out and do it.

“Between testing and spending time in the Toyota simulator, I think I have a good feel for Martinsville and will be able to adapt quickly. We will have three practice sessions to get acclimated and get the truck where it needs to be.

“We just need to keep our nose clean in the race and have a solid day on pit road.”

Gray just completed his first season in the NASCAR K&N Pro Series East, where he finished third in the series standings behind one win and nine top-five and 12 top-10 finishes in 12 races. He has also made seven starts in the ARCA Menards Series this season with a best finish of third at Michigan.

Gray’s K&N Pro Series team will make the transition to the Truck Series with him for the remainder of the season. Seth Smith will cover crew chief duties and he’ll work with veteran Cup Series spotter Eddie D’Hondt.

“I'm really looking forward to Tanner's Truck debut after the building season that he's had,” Smith said. “He’s learned a lot from where he started at the beginning of the season to where he’s at now.

“We tested at Martinsville and I feel like we had a really successful test session. I’m looking forward to racing there, as well as Phoenix and Homestead to finish out the year.”