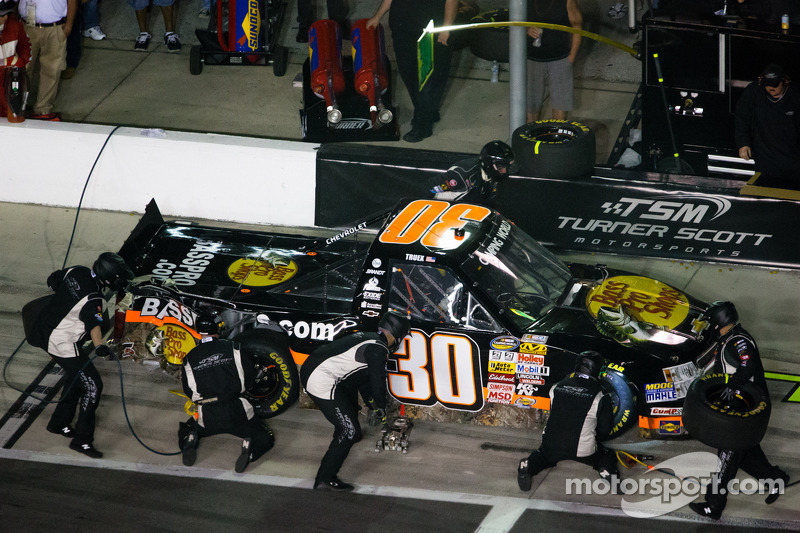 MOORESVILLE, N.C. - Turner Scott Motorsports (TSM) announced today that Ryan Truex will be behind the wheel of the No. 32 Chevrolet Silverado in the NASCAR Camping World Truck Series (NCWTS) season opener at Daytona International Speedway, making his second-career start for the organization. The two-time consecutive NASCAR K&N Pro Series East (NKNPSE) champion's Silverado will be sponsored by Bass Pro Shops, a leading retailer of hunting, fishing, camping and other outdoor equipment. 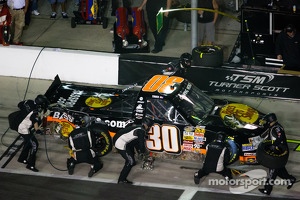 Ryan Truex in the pits

Truex, who won the NKNPSE championship in 2009 and 2010, made his NCWTS debut in 2012, running two events and earning a best finish of ninth at Phoenix International Raceway. The 21-year-old Mayetta, N.J. native made his TSM debut in the 2013 event in Daytona, finishing 28th after a blown tire took him out of contention for the win with nine laps remaining. Truex also made his NASCAR Sprint Cup Series debut in 2013, running three events for what is now HScott Motorsports, owned by TSM co-owner Harry Scott Jr.

"I'm really excited to be running for Turner Scott Motorsports again this year," said Truex. "Last year was a lot of fun and we had a really good truck. Unfortunately, we had a tire go out in the end, but we were making our way toward the front. I'm looking to do the same thing again this year and stay up front this time. I think it's really cool that Bass Pro Shops is coming on board again and helping me out. I appreciate that they wanted to do this again after doing this race with me last year."

"I'm very excited to have Ryan back in our truck this season," said Scott. "He ran a heck of a race for us last year and was competing for the win until the very end. I'm glad that he's going to have a chance to come back and have a shot at the win that eluded him last year. I'm hoping that he and Ben [Kennedy] will work well together and that Ben will be able to learn from Ryan and his experience from last year."

The NCWTS season kicks off on Friday, February 21 with the NextEra Energy Resources 250 at Daytona International Speedway. The 100-lap race begins at 7:30 p.m. EST and will air live on FOX Sports 1 and MRN.