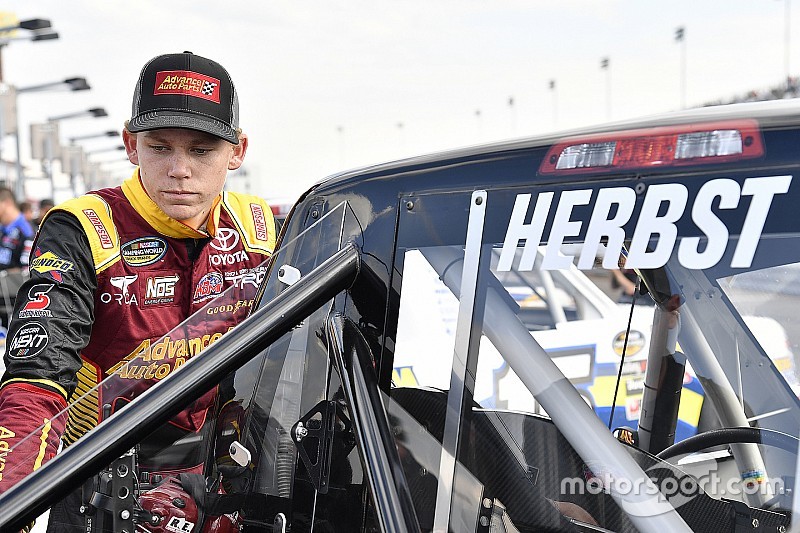 Herbst, 19, will compete in next week’s Truck race at Bristol (Tenn.) Motor Speedway and the November race at ISM Raceway near Phoenix in DGR-Crosley’s No. 54 Toyota.

He will also compete in next month’s K&N Pro Series East race at New Hampshire Motor Speedway for organization.

“I’m excited for the opportunity to join DGR-Crosley for a few races this season,” said Herbst. “They’ve shown impressive speed in the Truck Series and are dominating the K&N Series right now.

“I think we'll have a real shot to run up front and contend for a win in all three races. Having David (Gilliland, team co-owner) to lean on will be a huge asset as well. I was able to work with the No. 54 crew some last week in a test at Bristol and we learned a lot that will help us next week.”

Herbst, a member of the 2018 NASCAR Next class, has nine top-10 and six top-five finishes (including two seconds) this season in ARCA and is currently third in the series standings.