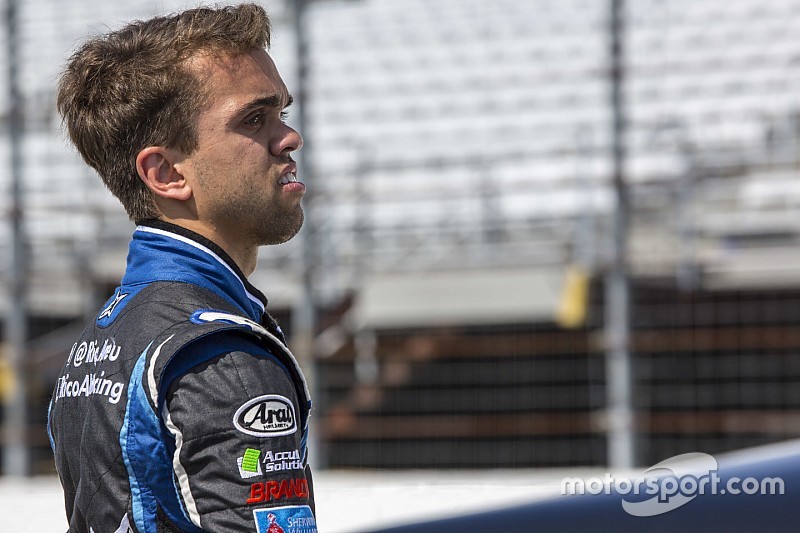 Rico Abreu will make his Camping World Truck Series debut with NTS Motorsports in the No. 31 Chevrolet at Phoenix International Raceway on Nov. 13.

In his seventh start — and from his second of three poles — he earned his first K&N career win at Columbus (Ohio) Motor Speedway. In 14 races, the St. Helena, Calif. native posted one win, four top fives and eight top-10 finishes. Abreu had an average qualifying effort of 7.6 and an average finish of 9.4. He led 119 of 1,690 circuits.

Abreu won the 2014 USAC Midget Series title and the 2015 Chili Bowl prior to making his first NASCAR start in February. Abreu is also expected to race in the CWTS season finale at Homestead-Miami Speedway.

“This is a great opportunity with NTS Motorsports and I think the time is right for me to make my NASCAR Camping World Truck Series debut. I believe we’re starting out at the right track with Phoenix International Raceway.

"I’ve heard that it’s a really cool place to race and it’s somewhere I’ve been looking forward to racing. I’m surrounded by a good group of guys who have gotten me pretty comfortable in this truck so far. I just want to thank Bob Newberry, Chris Rice, AccuDoc Solutions and everyone at NTS Motorsports for this opportunity. I hope I can get them a great run.”

Should Abreu be approved by NASCAR, he will also compete in the 2015 season finale at Homestead-Miami Speedway.