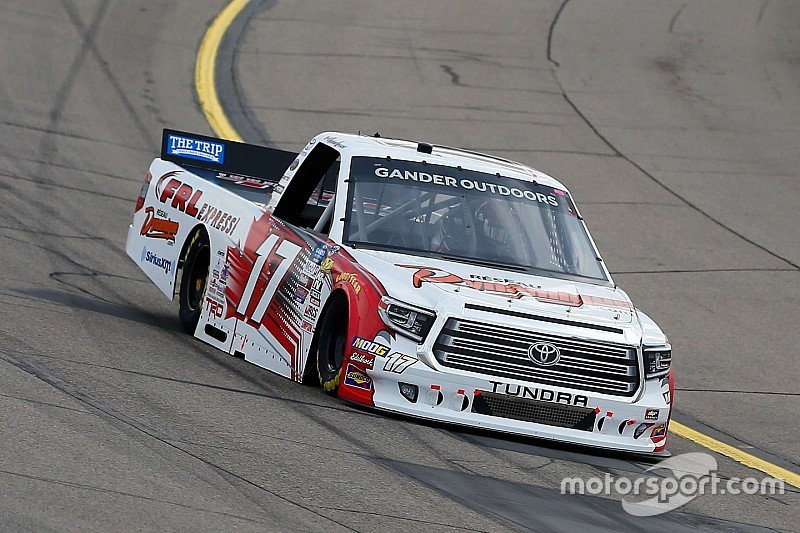 After showing promise in his previous two Truck Series starts this season with Kyle Busch Motorsports, capitalized on it in Sunday’s rain-delayed race at Iowa Speedway.

Lessard finished top three in both practice sessions prior to the M&M’s 200, Lessard hoped to qualify up front for the race. Unfortunately, rain showers washed away qualifying and he was forced to start 13th.

Although it was just his first race with the DGR-Crosley truck team, the St.-Joseph de Beauce, Quebec teenager felt comfortable right away.

“I got along very well with the team members; communication was easy. In the race, I gave it all,” said Lessard. "Tires wear quickly on this track, and the truck was very quick on new tires, but the understeer came back after 15 to 20 laps.

“The team tried all kinds of adjustments to correct it and it cost us precious seconds during pit stops. I was very patient at each restart and it paid off. At the end, the truck performed a little better in the last few laps of the race.

“ In fact, we had some great battles with the other drivers, and it was fun.”

The 17-year-old driver will make his next Gander Outdoors Truck Series start at Bristol Motor Speedway in August returning to Kyle Busch Motorsports.

“I have learned a lot since the beginning of the season, and it continues with each race. Thanks to my partners, to Réseau Dynamique and all the people who have supported us since the beginning. All this is thanks to you," said Lessard.

Lessard will also return to Quebec to make his first NASCAR Pinty’s Series start later this month when the series visits Autodrome Chaudière in Vallée-Jonction, Québec on June 29.