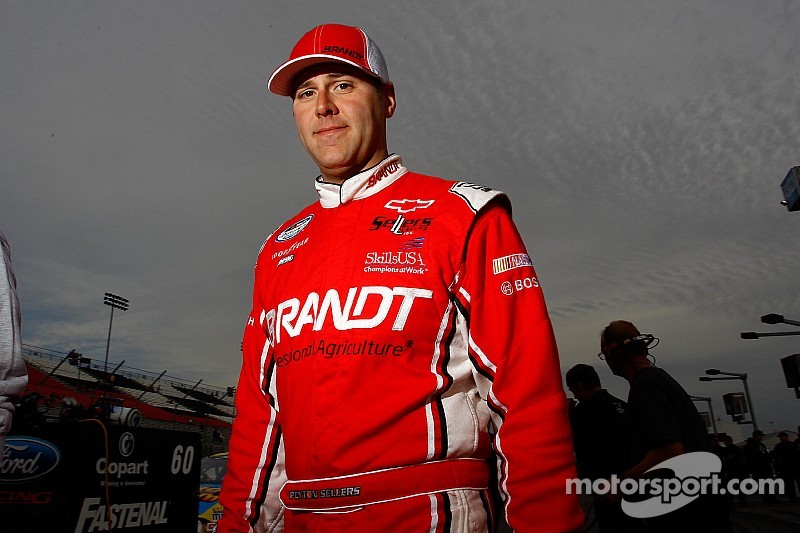 The pairing seems like a natural fit, as Win-Tron Racing hails from the short track ranks, while Sellers will compete at his hometown track, often dubbed as the paperclip. Sellers will make his third start at the 0.526-mile oval, while his Mooresville, North Carolina-based Win-Tron Racing team will do the same.

Together, the pair hopes to make the best of what Sellers calls a “good situation,” and deliver a top-10 finish in the penultimate short track race of the season.

“This is a great opportunity for myself and I’m thankful to Win-Tron Racing,” said Sellers, who recently competed at Martinsville in the annual highly publicized MDCU 300 Late Model event. “We put this deal together last minute, but that’s not always a bad thing. I know Win-Tron Racing fields’ good equipment, I’m just hoping to make the best of this.”

While Sellers does have limited experience in the NASCAR Camping World Truck Series, his lack of knowledge of Martinsville is polar opposite. From trucks, to Late Models and everything in-between, the recently turned 31-year old has logged more laps around the track, than he can count. With his eighth career NCWTS start on-deck, the Danville, Virginia native hopes it will pay off Saturday.

“As thankful as I am for this shot, I’m my own worst critic,” offered Sellers, who not long ago earned the Virginia triple-crown title for his efforts at three of Virginia’s premier short-tracks. “It’s my hometown track, so I want to do well. Anytime you race in front of your hometown crowd, I believe it gives you an advantage. We’re aiming for a top-10 finish this weekend, and we’ll do everything we can to achieve that.”

With the eye of many locked on Sellers' potential in the 19th race of the season, the 2014 South Boston (Va.) Speedway NASCAR Whelen-All American Series Late Model champion knows that without the last minute support of many, Saturday’s race would not have been possible.

“It’s like a late birthday gift,” added Sellers, who celebrated it on October 20. “Without the help of Danville Toyota and Pembelton Forrest Products, the chance to drive for Win-Tron Racing would not be possible.”

Nate Thiesse, co-truck owner of Win-Tron Racing knew it made sense to put Sellers behind the wheel.

“When it comes to Martinsville and late model racing, Peyton Sellers is atop of the list,” Thiesse sounded. “We’re a team all about opportunities and hope Saturday’s race will be the platform for Peyton to showcase his talent even more in the No. 35 Toyota Tundra. We’re excited about the race and hope he is too.”

The Kroger 200 is the 19th of 22 races on the 2014 NASCAR Camping World Truck Series schedule. The event will be televised live on FOX Sports 1, MRN Radio and SiriusXM Satellite Radio Channel 90 on Saturday afternoon, October 25 beginning at 1:00 p.m. The green flag is scheduled to drop at approximately 1:46 p.m. All times Eastern.

Peters holds off pack to take the checkered flag at Talladega