Perseverance pays off for Paulie Harraka in Daytona 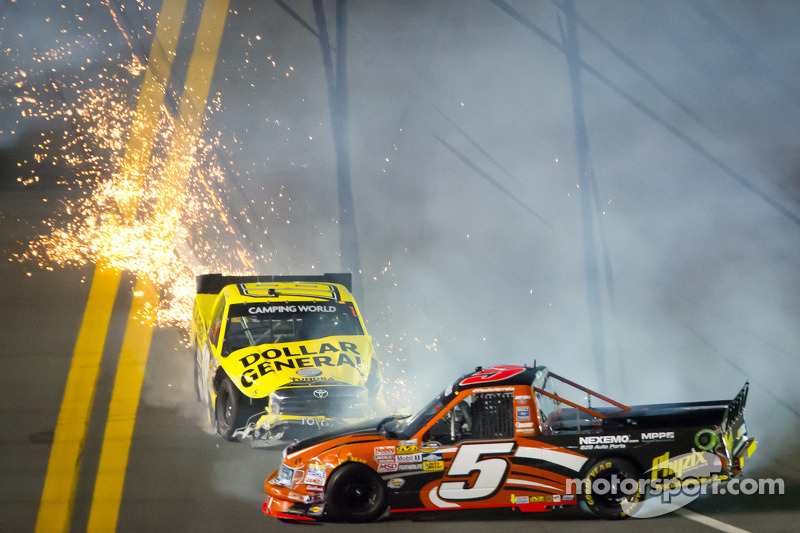 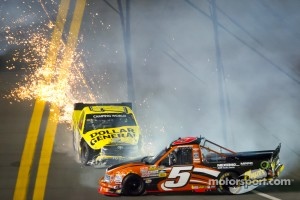 Sunoco Rookie of the Year contender Paulie Harraka and the Phyzix Synthetics team persevered after a lap 17 accident to finish in the 19th-place position in the NEXTERA Energy 250 in their NASCAR Camping World Truck Series debut at Daytona International Speedway Friday, February 24th.

Harraka placed the No. 5 Ford F-150 in the 14th-place position on the grid for the start of the 100-lap, 250-mile NASCAR Camping World Truck Series season opener.

From the start of the race the truck looked to be a contender in the event running solidly in the front drafting pack. On lap 17 Harraka moved up making it three-wide on the track when the air was taken off the back of the No. 5 Wauters Motorsports truck, breaking the rear loose, turning Harraka sideways, and collecting two other race trucks causing heavy damage to the Ford F-150.

The team was vigilant, returning to pit road under cautions to fix the damage of the Wauters Motorsports Ford, and received the free pass award to try to keep close to the lead lap. The team’s work and Harraka’s efforts to stay out of the melee of accidents late in the race on the 2.5-mile Superspeedway paid off, positioning the team in the 19th-place position when the race concluded on the third attempt of a green/white/checkered finish.

Despite the multiple stops to repair the damage on the race truck, Harraka and Wauters Motorsports locked up some impressive statistics, according to NASCAR Loop Statistics. Harraka is listed as fourth on the “closers” list by improving 11 positions in the last 10-percent of the race, had seven of the fastest laps on the racetrack, and ranking first on the number of laps where driver had the fastest speed during the 64 green flag laps in the race.

“We proved that we are fast and that we will be a contender all year long,” Paulie Harraka said. “While the end result is certainly not what we’re looking for, I believe we have a lot of great takeaways from this debut. I’m already looking forward to Martinsville.”

The NASCAR Camping World Truck Series has a hiatus moving to the short track, Martinsville Speedway for the second of 22 series races in the 2012 season on March 31, 2012.