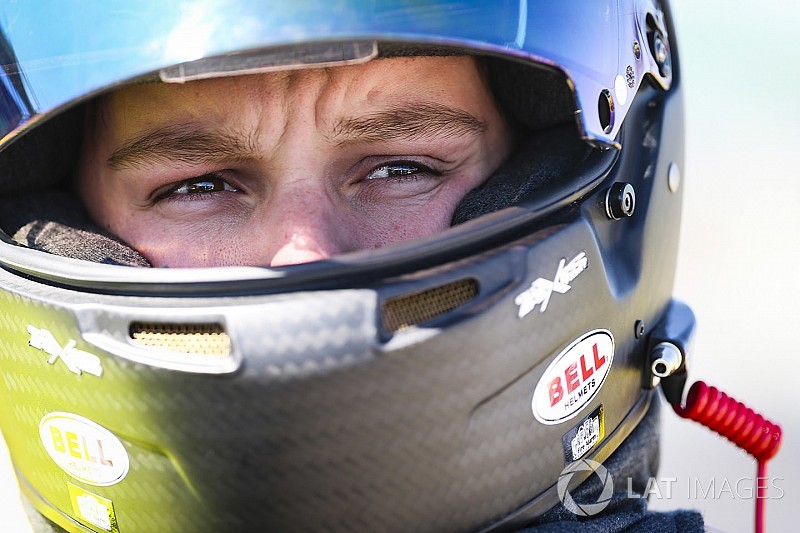 Nemechek passed Matt Crafton for the lead with six of 160 laps remaining to win the Drivin for Linemen 200 at Gateway International Raceway for his first win of the season.

The victory is Nemechek’s fourth in the series and will all-but ensure the 20-year-old son of NASCAR veteran Joe Nemechek will compete in the NASCAR playoffs this season.

In the season’s first seven races, Nemechek had two top-fives and the rest of the races he finished 21st or worst.

“It’s definitely an emotional win. Everyone works their tails off and we haven’t had the best of luck this year,” Nemechek said in Victory Lane. “But we got to Victory Lane when we needed to. God is great, I can’t thank him enough.

“It’s an awesome Father’s Day present for my dad here, the team owner.”

Joe Nemechek said the victory couldn’t have come at a better time as the team was close to having to pick and choose which upcoming races it would enter.

“We only have half our season sold. We were at the point where we didn’t know if we were going to race next week,” Nemechek said. “Right now, we’re just trying to get to the next race.

“That was his will tonight that got the win.”

Crafton appeared well on his way to victory after a fuel-only green-flag pit stop put him out front. He was leading the way when a caution came out with 12 laps left after Josh Reaume’s truck came to a stop on pit road.

Crafton elected not to pit and led on the restart with eight laps left, but Nemechek, who had taken two right-side tires on his last stop, and two laps later he cleanly made the pass for the lead.

This time, it was Briscoe’s turn to dominate, as he led every green-flag lap to earn the Stage 2 victory.

“The restarts here are pretty hectic,” Briscoe said after a four-time pit stop during the stage break. “We have to take our time and take care of this thing to have a chance at the win.”

Todd Gilliland, who had to start from the rear of the field in Stage 2 because of an uncontrolled tire penalty, rallied to finish 10th.

Nemechek dominated all 35 laps in claiming the Stage 1 victory – his first stage win of the season.

“We’re using the same strategy we did last year and hopefully it will get us up front at the end of the race,” Nemechek said after pitting for four tires during the stage break.

Briscoe, whose effort at a pass for the lead was thwarted by lapped-traffic, finished second. Crafton was third, Bell fourth and Ryan Truex completed the top-five.

Noah Gragson, who started from the rear of the field because of unapproved adjustments, had made his way up to 14th by the stage break.