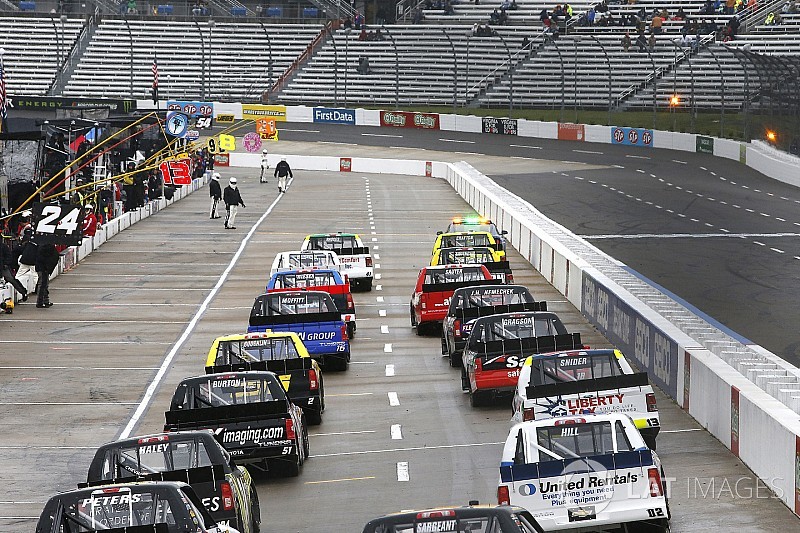 Saturday’s Camping World NASCAR Truck Series race was halted on Lap 24 once a winter storm moved into the area around Martinsville (Va.) Speedway.

Should the weather delay continue through Sunday, a doubleheader will be run on Monday, with the Cup race beginning at 11 a.m. ET and the Truck race completed afterwards.

Pole-winner Ben Rhodes held a steady advantage from the start of the race.

Mike Senica, who had just been black-flagged by NASCAR for disobeying a request to report to the garage, spun on Lap 17 in Stage 1 to bring out the first caution.

Before the race could restart, NASCAR brought the trucks down pit road as snow and rain began covering the track with moisture.

Todd Gilliland, who started the race from the rear of the field due to an engine change, had already advanced to 18th by the time of the red flag.

The first two stages of the race must be completed before a race is considered official.