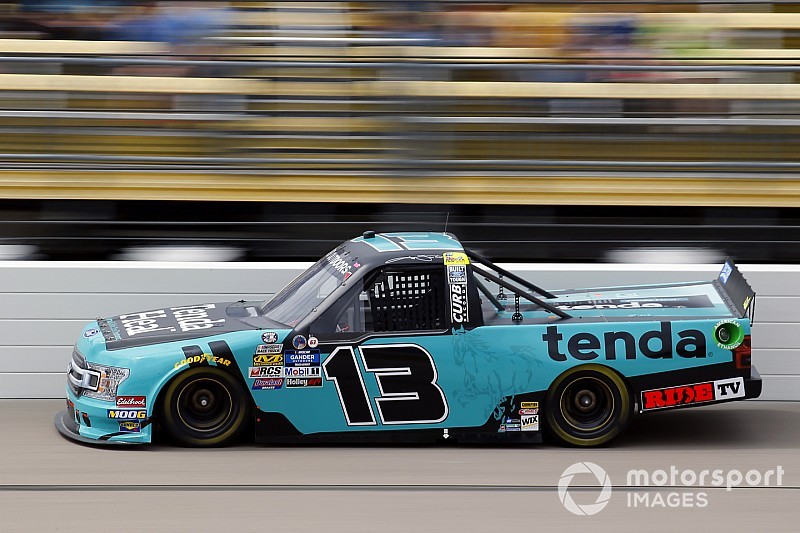 Gander Outdoors NASCAR Truck Series title contender Johnny Sauter has been suspended one race for his actions in Sunday’s event at Iowa Speedway.

On Tuesday, NASCAR announced that Sauter would be suspended from this weekend’s race at World Wide Technology Raceway in Madison, Ill.

"What we typically do is we obviously all saw what took place and it's obviously something that we don't like to see," Scott Miller, NASCAR's senior vice president of competition told SiriusXM NASCAR Radio. "Once we see that we have a group that gets together and sort of review what went on and then take a look at similar instances from the past.

"Similar is kind of as key word because no two incidents are the same. As a group then we decide where we're headed with it. We felt like his actions certainly warranted being sat out for an event but didn't feel like taking him out of the championship was something that we really wanted to do."

Despite missing the race, Sauter will remain eligible for the series playoffs so long as he remains in the top-20 of points (a virtual certainty).

On Lap 138 of 200 of Sunday’s CircuitCity.com 250, Austin Hill hit Sauter off Turn 4, which sent Sauter into the wall – an action Hill took in retaliation for Sauter getting into him laps earlier.

In his wrecked truck, Sauter then returned to the track while the race was under caution, ran down Hill and slammed into his No. 16 Toyota.

Hill was able to continue on in the race and finished 13th. Sauter was immediately parked by NASCAR for the remainder of the event.

A spokesman for ThorSport Racing says they will not be releasing a statement at this time and have made no decision on who will drive the No. 13 Ford this weekend.