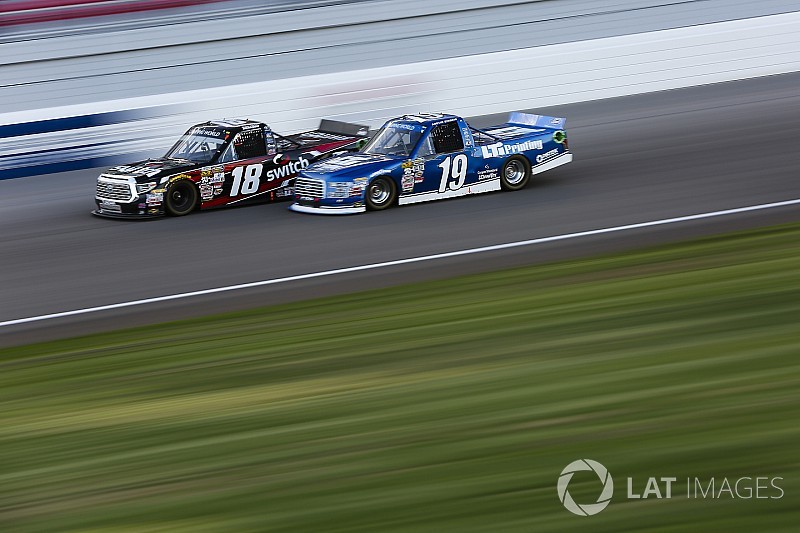 Kyle Busch confirmed on Friday that Mike Hillman Jr. has joined Kyle Busch Motorsports as crew chief of the No. 51 truck.

Hillman has 20 wins, 18 poles, 98 top fives and 140 top 10 finishes during his tenure as a truck crew chief. He led Todd Bodine to the truck title with Germain Racing in 2006 and 2010. Most recently, Hillman led rookie Chase Briscoe to the truck playoffs.

Brad Keselowski Racing announced on Thursday that Hillman had parted ways with the company and Buddy Cisco would fill in as the crew chief for Briscoe and the No. 29 Ford F150 team for the remainder of the season. BKR will cease racing operations at the end of the year.

Hillman, who turns 39 on Saturday, replaces Kevin Manion. Bono has worked with the team for the last two years. In 41 races, Manion won races with Daniel Suarez and Busch.