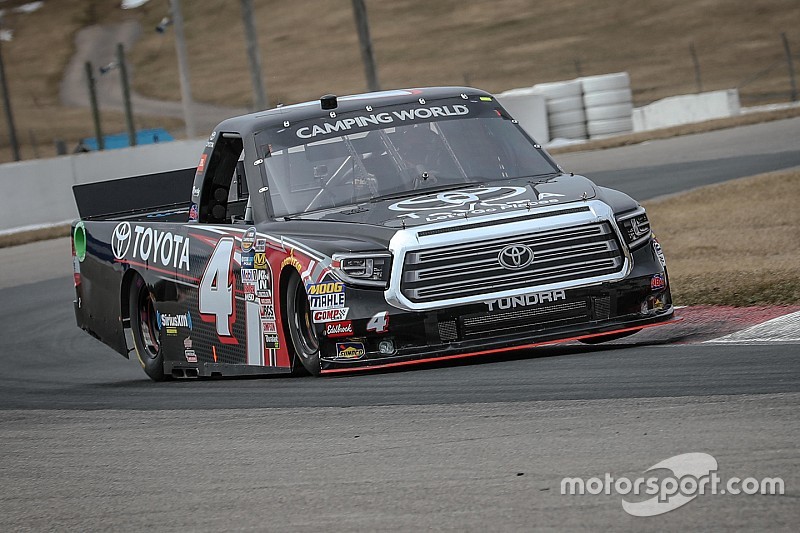 While the NASCAR Pinty’s Series is still one month away from holding its annual season opener during Victoria Day weekend at Canadian Tire Motorsport Park, Harrison Burton brought his Kyle Busch Motorsports truck up to turn some laps for the first time.

The second generation driver will compete in the Truck Series event Aug. 26, his first on a road course in the series.

After competing in six races last season and one race in 2016, Burton returns to KBM in 2018 with an expanded Truck Series schedule which will see him run nine races.

Harrison has built a NASCAR Trucks resume of eight starts with one top-five and a pair of top-10 finishes. He best finish to date was a fourth at Martinsville (Va.) Speedway last fall.

Burton finished eighth in his first race of the season at Martinsville in March and will run at Dover (Del.) International Speedway next week. Since he doesn’t turn 18 until October, he’s unable to run any of the 1.5-mile or larger tracks until then.

“I’m still on a part-time schedule in the trucks until I turn 18 in October, so I’ve been jumping around different series to be in the races that I can be,” said Burton. “I’ve got time and I’m taking that time and learning as much as I can. It’s a big learning curve, but I’m ready for it.

“One of my races at KBM this season will be at CTMP in August, so we came up here to test to help me gain some road course experience. I’m soaking in as much as I can during this test, so I can be more competitive when we come back for the race.”