While he still has two drivers competing for the Camping World Truck Series championship, team owner Kyle Busch has already turned his attention to his 2017 lineup. 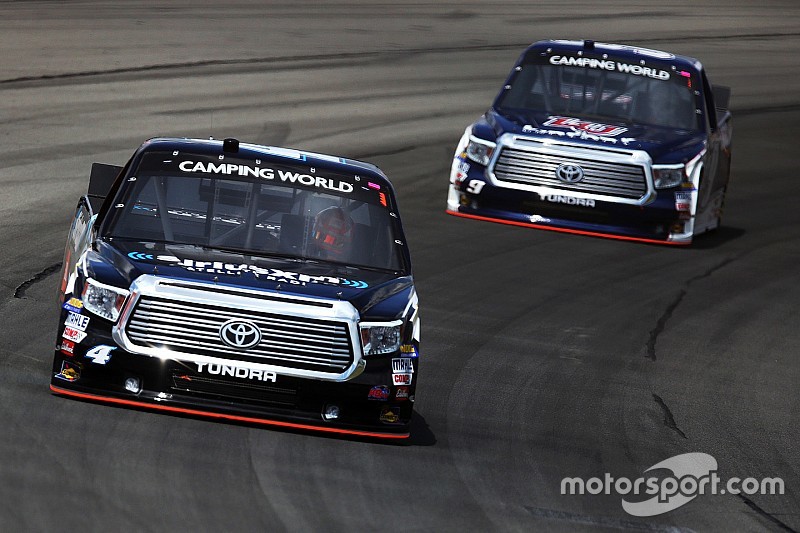 Busch confirmed Friday that Christopher Bell will return next season to Kyle Busch Motorsports and compete again for the Truck series title in the No. 4 Toyota.

William Byron, who drives the No. 9 Toyota, is moving to Hendrick Motorsports next season and will compete fulltime in the Xfinity Series for JR Motorsports.

Busch said he has already started lining up a replacement for Byron.

“We’ve got another driver kind of in the works and then we’ll keep our No. 51 team as driver of the week program let’s call it with a few of them in there. It’s coming along,” Busch said Friday at Charlotte Motor Speedway.

“I think we’re close to being able to finish some things up and being able to put all that out there. We’ve talked to a few guys about the opportunity to drive fulltime in the – we’ll call it the No. 9. It’ll probably change for next year.”

Byron, a rookie, has won six races already this season and entered the inaugural championship Chase in the Truck series as the No. 1 seed.

“William’s done a fantastic job and so it’s going to be tough for anyone to come into that role and fill that void,” Busch said. “Obviously Erik (Jones) did a really good job the year before. I think William’s actually exceeded those expectations quite well, so maybe the next guy will be able to do the same thing. We’ll see.”

Christopher Bell: 2020 was "definitely a down year for JGR"