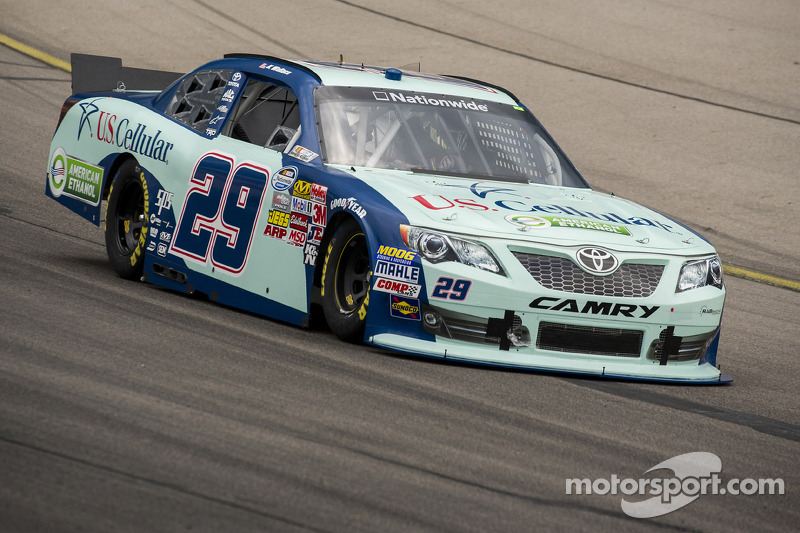 Joining the "900 Club", Wallace will be amongst an elite group of drivers.

Wallace will be behind the wheel of the RAB Racing No. 29 ToyotaCare, American Ethanol Toyota Camry, in a special paint scheme to commemorate the NASCAR milestone. Keith Hinkein will serve as crew chief for the No. 29, making his fourth start with Wallace and RAB Racing. Hinkein spent last season as a crew chief in the ARCA Racing Series securing one win with Kevin Swindell and has prior experience in the Hooter's Pro Cup Series winning 10 races with drivers Trevor Bayne and Joey Logano. Wallace currently sits at 898 NASCAR starts, but will also compete in the Camping World Truck Series race at Chicagoland Speedway in the No. 81 SS Green Light American Ethanol Toyota Tundra on Friday night, September 13th, thanks to Illinois farmers and the Illinois Corn Marketing Board. 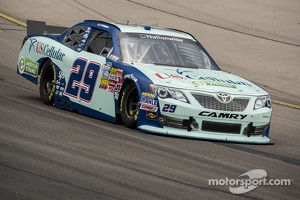 To put into perspective 900 NASCAR starts over his 24-year career, Wallace has traveled over 276,000 miles across the Sprint Cup, Nationwide, and Camping World Truck Series, garnering nine wins, 75 top five finishes, 204 top 10 finishes, and an astonishing 198,164 completed laps. Wallace has also been named the Nationwide Series Most Popular Driver three times in his career.

Wallace has made 55 starts with Robby Benton, founder and co-owner of RAB Racing with Brack Maggard. "We are proud to be going to Chicagoland Speedway with Kenny Wallace for his historic 900th NASCAR start," said Benton. "We were together when he broke the record for starts in the Nationwide Series in 2011, so to be able to share another milestone with him means a lot to us. Kenny has been an integral part of RAB Racing as we've grown and I owe him a debt of gratitude for what his popularity and experience has done for us. I hope we can make this year's race at Chicago as memorable as last year's event was for us all."

"Wow, 900 NASCAR starts means a lot to me," said Kenny Wallace. "It means I've been able to stay in the game a long time, it means I mattered to the sport, and it means that people cared enough to keep me in the sport. I've dreamed about racing since I was a kid and to be able to achieve 900 starts is a dream come true and I'm thankful to have so many great people and corporate partners apart of my life along the way. Toyota and American Ethanol have given something that no one can buy; they care about me getting to my goal of 900 starts."

"Besides the thrill of racing they've given me life experiences which I'm equally thankful for. For Toyota this year I've gone to the New York Auto show, went to Columbia, SC to give away a Toyota Sequoia to the winner of the Betty Jane Humanitarian Award which was so emotional, and even gave pace car rides at the Toyota Long Beach Grand Prix. Then, with American Ethanol, they've given me the chance to meet all the American farmers who've grown the corn to supply our race cars, and go around the country and educate people on the benefits of American Ethanol. I've been on farms, I've learned to drive a combine, I've driven tractors, I've gone into ethanol plants, I've made friends with all these farmers across the country and all those things I would have never been able to experience without the help of American Ethanol. For that I thank everyone at Toyota and American Ethanol for giving me this terrific ride outside of the race track, I could have never dreamed about having."

"Toyota is excited to partner with Kenny to help celebrate his 900th NASCAR start - an extraordinary milestone. I'm sure his legions of fans are very proud of his accomplishments and we look forward to watching him race his #29 ToyotaCare Camry at Chicagoland", said Les Unger, Toyota's National Motorsports Manager.

"It has taken boundless energy and drive to reach this remarkable milestone of 900 races," said Jon Holzfaster, a Nebraska farmer and American Ethanol spokesman. "Kenny has devoted the same tireless approach to building the American Ethanol brand and showcasing the important contributions family farmers and the ethanol industry make to our country. He has our admiration for what he has accomplished in the sport and our appreciation for all he has done for American Ethanol."

Joey Coulter hoping to change his "luck" in the Windy City

Kyle Busch holds off Keselowski to win at Chicagoland