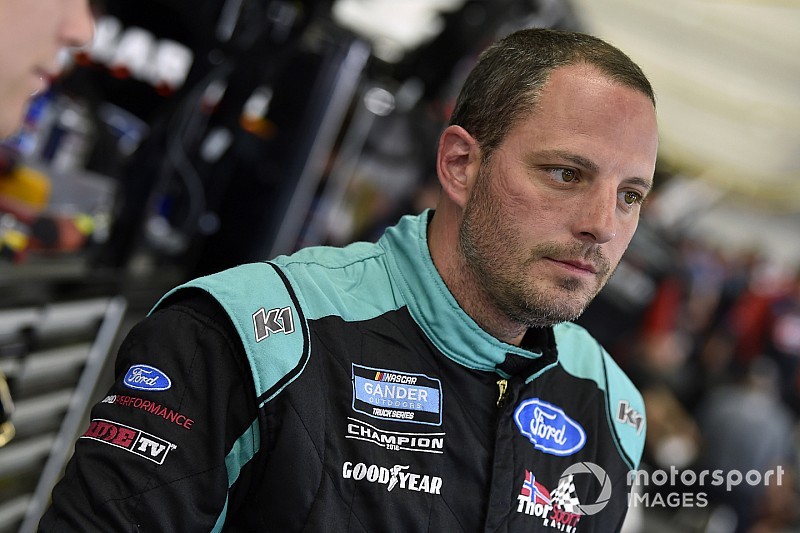 On Lap 138 of 200, Austin Hill hit Johnny Sauter off Turn 4, which sent Sauter into the wall – an action Hill took in retaliation for Sauter knocking him out of the way laps earlier.

In his wrecked truck, Sauter then returned to the track while the race was under caution, ran down Hill and slammed into his No. 16 Toyota. Hill was able to continue on in the race and finished 13th.

Sauter was immediately parked by NASCAR for the remainder of the race and ordered to report to the NASCAR hauler after the conclusion of the event.

NASCAR officials confirmed Sauter faces a possible suspension when the matter is discussed by series officials this week. Any penalty would be announced likely by Tuesday or Wednesday.

When asked after the race about the incident, Hill said, “It’s hard to race with that guy. We were racing hard getting into Turn 1. He got in to me a little bit and I kind of returned the favor.

“I don’t race like that. If you are going to race me like that and try and take me out – I guess he was mad from Texas last week – I don’t know. I’m not going to put up with it. I try and race everybody clean but when they race you like that I can’t put up with it.

“We’ll just move on. I have bigger things to worry about than the No. 13 truck. I’m more focused on the championship. We’re just going to keep working and see what happens.”

Asked if he would like the chance to address Sauter about the incident face-to-face, Hill said: “If he wants to come talk to me about it he can but it won’t be nice words.”

“Whatever they gotta do. I’m a big boy; I’m 41-years-old and that’s the way it goes," Sauter said later Sunday afternoon.

Ross Chastain on verge of Truck playoffs with Iowa win