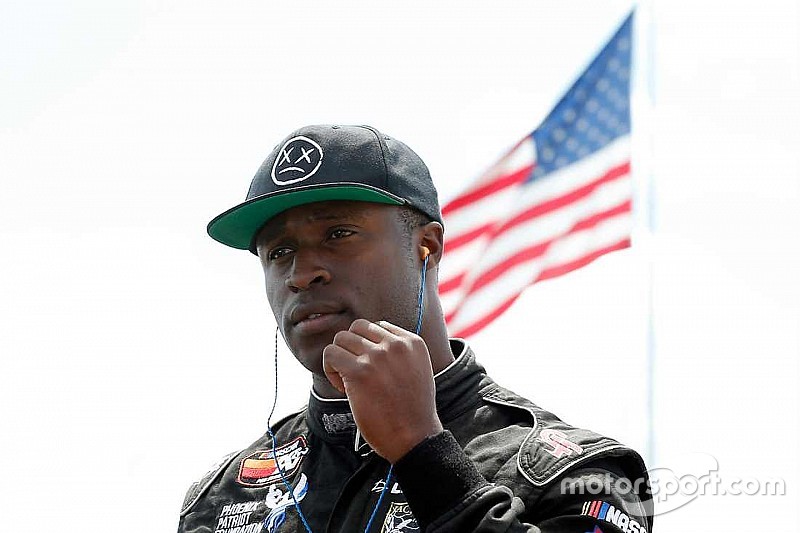 United States Navy Lt. Jesse Iwuji is stepping up to the national ranks of NASCAR.

The 31-year-old plans to make his debut in the Camping World Truck Series at Canadian Tire Motorsports Park this weekend.

Iwuji, a native of Carrollton, Texas, has competed in the ARCA Racing Series, as well as both the K&N Pro East and West divisions this year. He has a combined total of 45 career starts between the three series, finishing as high as tenth in a K&N Pro West Series race in 2016.

“I’m looking forward to it, it’s going to be definitely fun for sure,” he told NASCAR.com on Monday. “For me, still being in the Navy and serving and getting the opportunity to be the first Naval Academy graduate and serviceman who’s still currently serving to actually make that jump into a national series.

“It’s going to be a really cool experience, but something I think a lot of people who are out there serving can see and hopefully it helps inspire them and motivate them to go after their goals and dreams because it’s something a lot of people think they can’t do or couldn’t do. Hopefully with me doing it now, just showing them, ‘Hey it’s possible, if you want to get into racing, you can do it. If you want to get into anything else in life that seems super out of reach, you can do it.’ ”

He will be piloting the No. 34 Reaume Brothers Racing Chevrolet Silverado with backing from Zulu Audio and BBMC Mortgage.

Opportunities await in first round of NASCAR Truck playoffs