Former NASCAR Cup Series champion Chase Elliott will return to the NASCAR Truck Series in the season-opening race of 2023.

It will be just his 18th start in the Truck Series, and Elliott has never before raced a Truck at Daytona.

“This will be the first time I’ve driven a truck at Daytona, let alone a superspeedway,” Elliott said in a release from the team. “There’s no better team owner than Bill McAnally to do it with, as he’s been involved in racing and been associated with NAPA for a long time.” 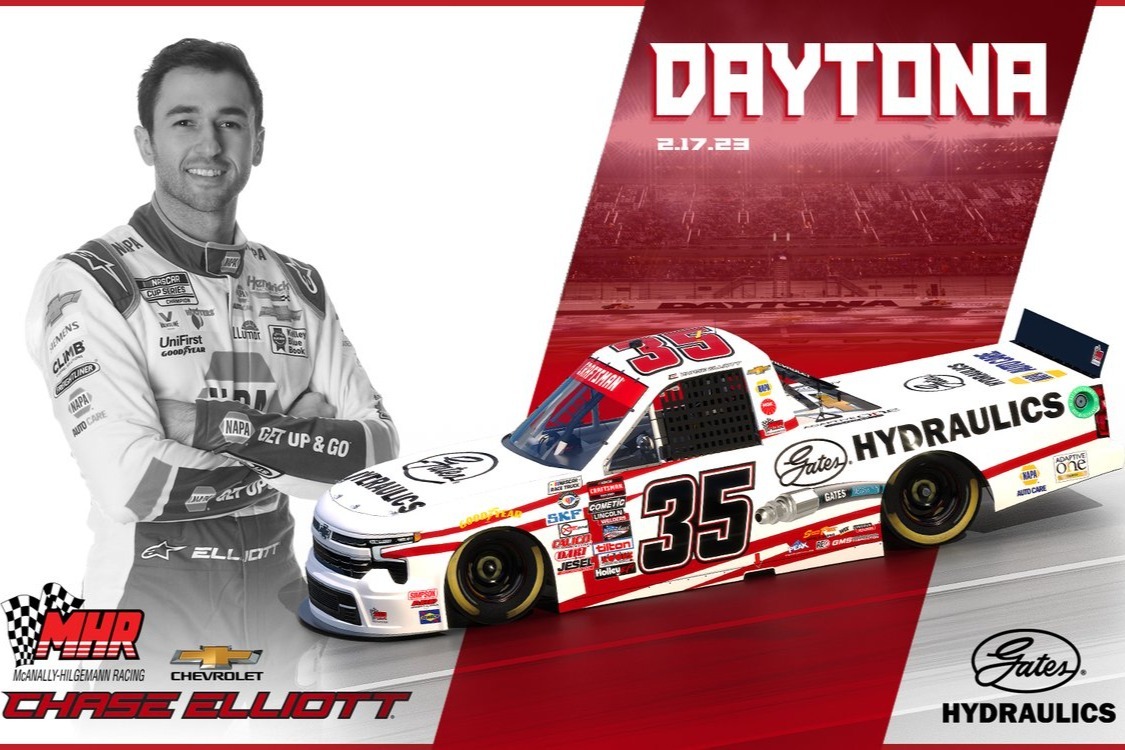 Elliott has three wins at the Truck level, coming in 2013 at Canadian Tire Motorsports Park, 2017 at Martinsville Speedway, and 2020 at Charlotte Motor Speedway.

He made just one start last year, finishing seventh in the Bristol Dirt race.

Jack Garcia, who is not yet 18, will take over driving duties after Daytona.

“I think there’s an incredible amount of potential for our team to make a lot of noise this year, and we have the people to make it happen,” said Bill McAnally, MHR team owner.

“We’re thrilled to have Chase step in and drive our No. 35 Gates Hydraulics Chevrolet at Daytona and everyone involved in our program is excited and glad that he’s able to do so. I think his presence at Daytona will benefit Jake (Garcia) and our entire group.”