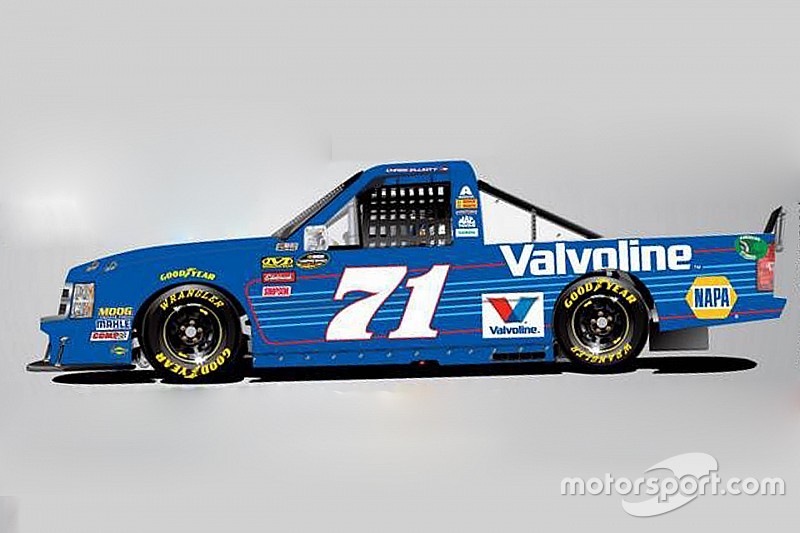 His performance may not show it, but Sprint Cup driver Chase Elliott is still a rookie in many respects and still searching for ways to improve his performance.

That led to a decision this week for Elliott to return to the Camping World Truck Series for the first time since 2013 for additional track time at Martinsville (Va.) Speedway, a track Elliott admits has been a difficult one for him to become accustomed.

Elliott is entered in Saturday’s Texas Roadhouse 200, driving the No. 71 Chevrolet for Contreras Motorsports. The truck chassis Elliott will be driving is on loan from JR Motorsports. Mike Bumgarner will serve as the crew chief.

“Everything is a challenge for me at Martinsville. It has been a rough going every time I have been. I’m definitely going to look into it a lot this week before we go back, and running the truck race there on Saturday should help, too,” Elliott said.

“I’ve had a lot of thoughts on it from the first race we ran this year as to what I want to do different going back and to try to just rethink that place. I didn’t have many short tracks that were similar to Martinsville in shape and size growing up short-track racing.”

Elliott has yet to win a race in the Cup series this season, but he did qualify for the 16-driver championship Chase. He was eliminated from title contention following last weekend’s race at Talladega.

In two career Cup starts at Martinsville, Elliott has finished 38th and 20th.

In nine career Truck Series starts – all in 2013 – Elliott earned one win, five top-five and seven top-10 finishes. At the time of his Truck victory in 2013, he was the youngest race winner in NASCAR national series history (17 years, nine months four days). The record has since been broken by Erik Jones and Cole Custer.

Surrounded by drivers who have enjoyed success at Martinsville

Elliott, 20, has also been tapping the experience of his Hendrick Motorsports teammates, several of whom have been very successful at the short track.

“I’ve tried to talk to the guys who have dominated that place over the years – especially Jeff (Gordon) and Jimmie (Johnson). I’ve spent a ton of time with each of them talking about Martinsville and trying to walk through some of the things that they do, some of the things they look for,” Elliott said.

“I think, especially Jeff, the success he has had there last fall for instance; I’ve tried to talk to him as much as I could about that place. Both of them have been just as open as they can be about the things they look for, how they attack the track and the things they think that they are going to fight throughout a race.

“I just haven’t quite been able to put that together on the race track yet.”