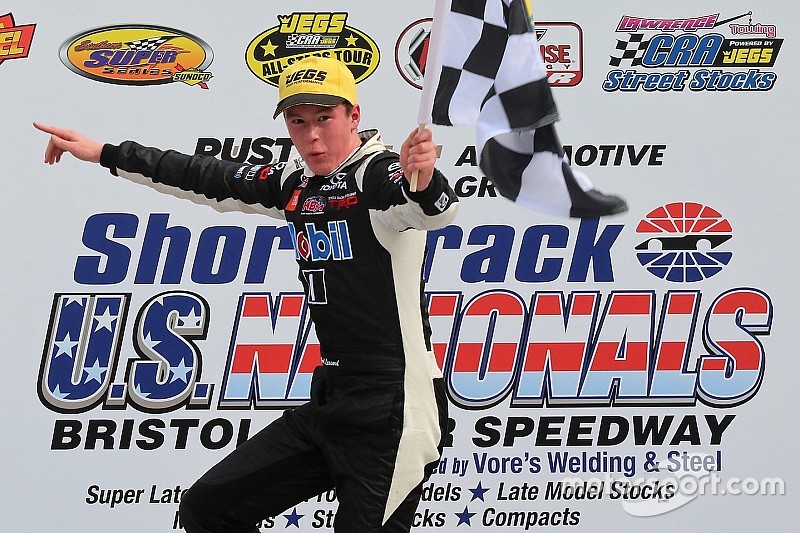 This is turning out to be a busy few weeks for the Saint Joseph-de-Beauce, Quebec, Canada teenager.

After competing in the ARCA Series race at Pensacola leading a race-high 83 laps and finishing eighth, Lessard is ready for his first NASCAR national series weekend coming up at Martinsville.

Lessard will attempt to qualify in the Kyle Busch Motorsports No. 46 Spectra Premium truck against a strong field of 41 trucks and after that race, he’ll join forces with a legendary K&N Pro Series team in his first start in the top NASCAR developmental series at Bristol.

The 17-year-old Canadian will drive for Bill McAnally Racing in his first start with the series on April 6 at the high-banked half-mile oval in Tennessee.

“We are excited that Raphael Lessard will be racing a BMR Toyota Camry at Bristol. He’s a talented young driver and we look forward to playing a role in his development”, said McAnally.

"I really enjoyed the Pensacola ARCA race in the powerful and heavy car, and I do not expect any problems adapting to Bristol with a K&N car that is very similar to the ARCA in weight and power," said Lessard.

"I have raced twice at Bristol in Super Late Model cars, winning a qualifying race and pole position in one race, and winning the second one. I really feel comfortable and love to drive on this high banked half-mile. The track always tilts inwards and helps you to stay on track. Diving deep into Turns 1 and 3 takes your breath away.

“Driving all out at Bristol means focusing on perfection. Because of the higher corner speeds due to the high banking, we stay on the accelerator longer than on other half-mile, using the banking and change of direction to slow the car down in the corners.

"This race will be special for me in terms of experience and fun, a highlight of my season I am sure. I will attack until the end of the 150 laps, always aiming for victory with the team and our partners.”

Bubba Wallace to compete in NASCAR Truck race at Martinsville