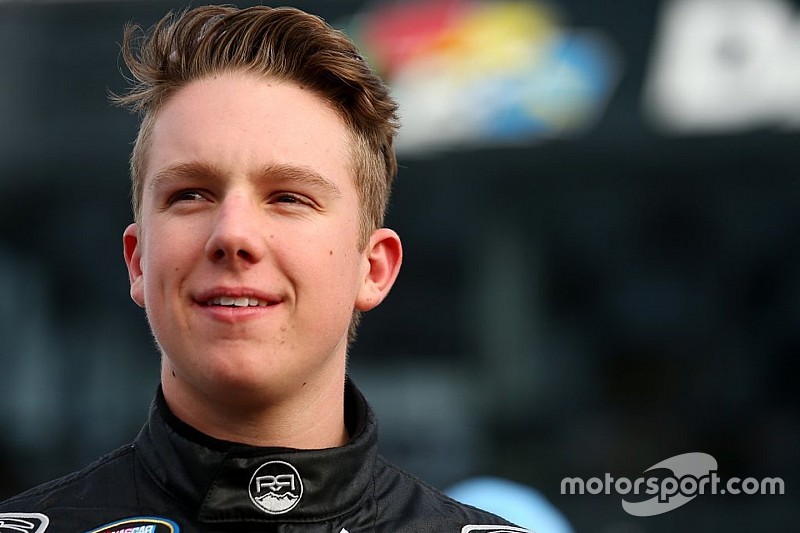 There could be a pair of Nemecheks racing against each other at Daytona International Speedway next month.

If Joe and John Hunter Nemechek both qualify for the NextEra Energy Resources 250, it will mark the first time since 2006 that there will be a father-son duo in the Camping World Truck Series at Daytona. Bobby Hamliton Sr. and Bobby Hamilton Jr. were the last father-son combination to compete together at DIS.

NEMCO Motorsports will field Chevrolet Silverados for both Joe and John Hunter in the first three races of 2017. Joe Nemechek, the 1992 NASCAR Xfinity Series champion will pilot the No. 87 Fleetwing truck. John Hunter, 19, who won at both Atlanta Motor Speedway and Canadian Tire Motorsports Park last year before finishing eighth in the truck standings in his first full season on the tour, will continue driving the No. 8 Fire Alarm Services Chevy.

The Nemecheks have raced each other three times during their careers. John Hunter bested his father in the Allison Legacy Race at Concord Speedway in 2011 with the Nemecheks coming home in first and second-place. The son outran the father again in the series at Carolina Motorsports Park with John Hunter finishing third and Joe racing to a fourth-place result. In their only start toghether in the ARCA Midwest Tour, Joe finished sixth in the 2013 Howie Lettow Memorial 150 at the Milwaukee Mile. John Hunter was 12th.

Experience could play into Joe Nemechek’s advantage at Daytona. He has 74 combined career starts in NASCAR’s top three tours. In addition to his five poles and two wins in the NXS, the elder Nemechek holds the record for most NXS starts (34), poles (five) and laps completed (3,225). However, Joe has not raced a truck since 2015 at Texas Motor Speedway, where he finished sixth.

John Hunter made his Daytona debut in 2016 — when he was finally old enough to compete at the track. He qualified 15th and finished 17th.

The last time a father and son competed against one another in the truck series was Dave and Ryan Blaney in the 2013 Inaugural Eldora Speedway Dirt Derby.